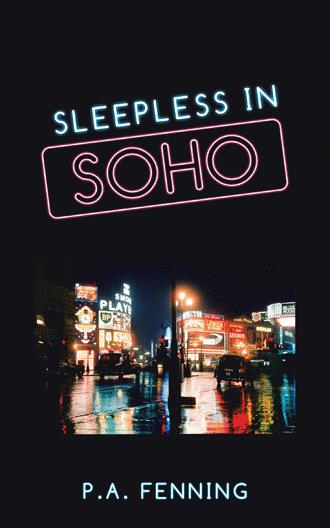 At work Monday morning, Miss Rogers ushered in a well-dressed new girl with a swarthy complexion and straight black hair that reached to her chin. She introduced her as Mary Romano and placed her on D division, two rows in front of Amy. The dark rings under her eyes gave her a haggard look. She turned round and flashed Amy a quick smile of even white teeth. Amy smiled back, feeling sorry for her, stuck as she was, on such a dead division, full of old crones. It appeared to be even worse than A division. At lunchtime Amy invited Mary to join her and Jeanette in the canteen. As soon as they were out of the office and in the lift to the basement Mary lit up a Benson & Hedges using an expensive-looking silver lighter. “I’ve been gasping for this all morning,” she said and took a long drag on the cigarette. She spoke in a cockney accent with a twang of Italian. In the canteen over lunch Mary chatted easily about her family. They had emigrated from Italy many years ago and lived in a large house at Finsbury Park. She was the baby of the family with two older brothers who spoiled her by inundating her with presents. “They gave me this,” she said proudly stroking the green twin set she was wearing, “it’s real cashmere.” Amy and Jeanette looked suitably impressed. “My brothers can get me anything I want,” she boasted, pushing the packet of cigarettes towards Amy. Amy took one and Mary pushed the packet towards Jeanette who shook her head and tucked into a yoghurt. Mary continued, “P’raps I shouldn’t be telling you this, but Thursday night is their thieving night.” “You’re not serious!” Amy said unable to hide the shock on her face. Mary grinned. “Yeah, ‘course I am. You should see the stuff stashed down in our cellar.” “Do your parents know what they do?” “Leave it out! They’d go barmy and chuck ‘em out of the house. No, they never go down to the cellar - just as well! How d’you think I got this twin set? It’d take at least a couple of weeks wages to buy it.” “Don’t they ever get caught?” Jeanette piped up in her soft lisping voice having finished her yoghurt. “They’ve had a few near misses but that just makes it all the more exciting,” Mary said with a laugh. Amy couldn’t decide whether Mary was telling the truth or just exaggerating to impress her new workmates. She liked Jeanette with her plain, uncomplicated ways but Mary she wasn’t so sure about. “So where do you hang out of an evening for kicks?” Mary asked Amy as they sipped their coffees. “It used to be the Inferno at Welling - it had a great atmosphere until it burnt down.” Mary laughed. “That’s good - the Inferno getting burnt. I think I’ve heard of the place.” “Everyone regrouped at the Harrow Inn but it’s not the same,” Amy said with a sigh. “My favourite haunt is the Scene Club up West. You should come down there one night - I know you’d love it even though it’s a bit of a dive, but the music’s great with fantastic R&B sounds and they sometimes have live groups on stage. The Animals have appeared there and even the Who when they used to call themselves the High Numbers. I know a lot of the regulars who go there.” Amy nodded. “Yeah, me and Pam must give it a try one night.” The talk moved on to boyfriends and Jeanette felt a bit left out of the conversation, as she had never had a boyfriend. “I’ve got this sod of a boyfriend called Trevor,” Mary said grumpily and dragged hard on her cigarette. “He pisses me off most of the time - always messing about like a big kid. Don't think I’ll see him for much longer.” Amy grunted. “Mm, know what you mean. Me and my mate Pam are supposed to be going out with a pair called Mick and Dick - a right couple of cheapskates. They’re always complaining about how broke they are. They can never afford to take us anywhere decent.” Mary’s eyes lit up. “Mick and Dick? I know a Mick and Dick who go down the Scene quite a lot.” “Well it can’t be the same two,” Amy said flatly. “These two hang around with several mates; I often have a laugh and a joke with them.” “You don’t happen to know the names of any of their mates?” Amy asked feeling a twinge of suspicion. “Well, one of them is called Eric. He’s got this big old convertible car that they all drive up in from South London.” Amy’s mouth dropped open in a gasp of disbelief. “It’s them! Is Dick tall and wears a long tan leather coat?” Mary chuckled. “Yeah, that’s him - practically lives in that coat.” “The lying, conniving bastards!!” Amy blurted out going red with anger. “How dare they. All the times they’ve told us they’re broke and can't see us, they were really skiving off to the Scene. No wonder Mick tried to put me off from going to the clubs up West. He was probably afraid I’d bump into him. That does it. Wait ‘til I tell Pam - she’ll be furious too!” “Well at least I can keep an eye on them and tell you what they get up to down there.” 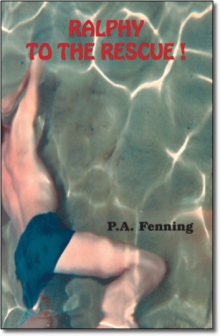 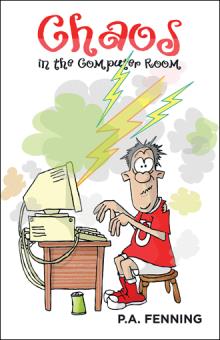 A true story set in the mid-sixties reflecting the turbulent daily lives of two teenage suburban girlfriends as they begin commuting to London office jobs they hate. After their local dance hall burns down, the girls venture into the West End nightclubs in search of their favourite groups. Their lives become transformed as they make new friends and enter a world of music, boys and drugs. They spend Easter at Brighton among the thousands of Mods and Rockers, enduring a freezing night on the seafront. The girls inevitably clash with their parents as they yearn for more freedom so they eventually rent a flat in a house in London, only to discover that their landlord and landlady are as restrictive as their parents, complaining about the unsuitable hours they keep, and the noise from their music. The complaints culminate in a showdown one afternoon when the girls invite some boys back to the flat including one who is Jamaican. They are confronted by an irate, racist landlord demanding that they tell their black friend to leave the house at once. The girls refuse point blank, so they find themselves evicted instead with immediate effect. Now homeless, the girls comb the advertisements in the local newsagent’s window. Suddenly they are accosted by a suspicious-looking stranger who offers to rent them a bedsit in his house which provides an opportune solution to their problem.

This is one in a series of autobiographical based books. They delve into the highs and lows of life as experienced by Amy Brown. Starting in 1963 with 'Mayhem at the Manor' and continuing during 1964 and 65 with 'Sleepless in Soho'. I now enjoy retirement in a small village in Norfolk, England with my husband and two cocker spaniels.