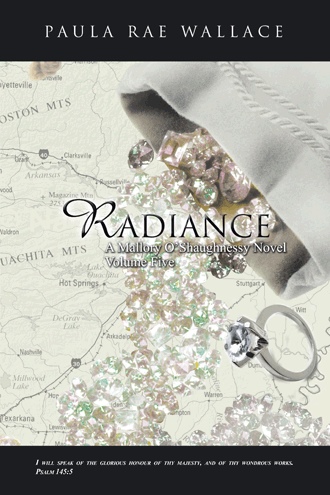 Erik drained another cup of coffee, trying to view his watch without waking Suzanne. His phone buzzed. As a Federal Agent, he was able to receive calls from certain numbers, regardless of FAA restrictions. Even as he slid from his seat to take the call, dread was clutching at him.

“Well, I called to check if you have eyes on Mallory, and if she’s okay.”

The agent’s heart plummeted. “No, I don’t have eyes on her. Our flights got messed up with mechanical difficulties. Why are you asking?”

“Um, uh, I just got a call from the Marshalls that oversee Sylvia Brown. They say she’s pretty nutsy. Well, uh, Sylvia received a text; then she started acting giggly and silly, dancing around, clapping, I guess trying to make them curious. Are you sure Mallory boarded her flight?”

Bransom glanced around him; no place on the crowded flight for privacy. “No, Dawson, I’m not sure she did. Hopkins and Collins were both with her; I haven’t heard anything from them. I’ve assumed they’re all fine. What was the text? You forgot to tell me.” “Okay, do you know flight information on the flight she was redirected to?. We’ll check the status of the flight.”

“Dawson, the text! Then I’ll find out from Faulkner what the flight number is.” “Okay, well, Erik, it may not be anything to do with Mallory at all~”

Erik’s voice rose in volume, garnering glares from sleeping travelers. “What does it SAY?”

“Um, it says, ‘SHE’S DEAD’! You know, it doesn’t give specifics. Sylvia might just be trying to creep her handlers out.”

Erik squeezed his eyes shut to hold back tears; it seemed his voice wouldn’t come. “I don’t know why she’d want to do that; they’re the ones keeping her alive. I’ll get the updated flight information.”

Faulkner, realizing something was up, had moved toward his friend. Startled, Daniel pulled his attaché case from the overhead compartment. His neat writing showed the new Air France flight number above the canceled one. Bransom relayed itto his superior as Fasten seat belt lights came on with an accompanying ding.

Talk after we land.” Faulkner’s voice was emotional. He fastened in numbly. Jeremiah was on the other flight, too. Diana and Alexandra were too involved with the babies to notice his anguish. What could be wrong now?

In RADIANCE, Mallory finds the Lord ever faithful as she pushes ahead with her diamonds and design business, partnering with Diana Faulkner. David is never far from her thoughts as the five years pass, sometimes seeming to crawl and, at other times, racing by. With her equilibrium thrown off temporarily by the entrance of handsome Cy Warrington, it isn’t easy for her to get back on track and live down the failure. Can the Lord give her victory and the desires of her heart? Can she keep her companies profitable and embrace the relationships the Lord has placed in her life? It seems like a lot for one so young. As her friends announce engagements and rush to the marriage altar, can she resist being caught up in the mad dash? Read Radiance and experience what the blessing of the Lord can accomplish with a surrendered life.