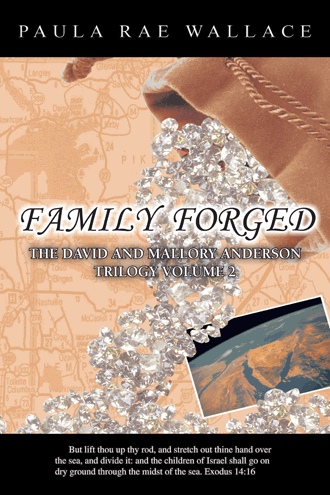 "Hey, David; this is Erik!"
"Erik, I can't find Mallory and Amelia!"
*****
Everything happened so fast that Mallory couldn't believe it was happening! In a daze, she followed orders, feeling the hard gun barrel in her back. Another guy had snatched Amelia from her, and run! Then, before she could react, this guy was behind her, telling her she better do what she was told, or Amelia~ Tears clouding her vision, she stumbled blindly toward the parking lot.
"Stand up and walk right!" The sinister whisper sent chills through her in spite of the hot evening air. This couldn't be happening. There had to be security everywhere, and David~ The trunk lid of a sedan popped up. "Get in."
She turned to face her captor. "No, I want my baby! Where did you take her? Where is she?"
"She's where she can suffer if you don't do as you're told! I said~"
"There she is! I want her! I want her with me."
The attacker was nervous, despite the fact that no fans seemed to be leaving early and coming to their cars. He grasped Mallory and flung her into the space, but she reached her hands out imploringly for her daughter.
"Get your arms in, or I'll cut 'em off with this!. What do you not understand about doing as you're told?" Every word he spoke was punctuated with profanity. He banged the trunk shut!
*****
Erik forced calm into his voice. "Okay, now; what do you mean, you can't find them? Where are you? Where might they have gone?"
"I'm at the ballpark on the lowest level. I decided to change Avery's diaper before we headed for home. I told Mallory and Amelia to stand right outside the door of the restrooms."
"Okay, do you think they might have decided to go into the women's side?"
David's voice would hardly come. "One of the security ladies checked; we've looked all over~"
"Okay, David, hold it together and listen to me! Keep a close eye on the baby. Put me on with whoever is there from security. We'll get people right on this! Surely if someone has them, they can't get far!"
"Yes, sir I've called her phone and it's turned off. I thought we'd be all right."
"Yeah, David, I know, and you should have been; it's sad in this country~"
"Eric, we were given the tickets kind of suddenly. Do you think that was part of a setup?"
"Maybe; but maybe someone was just doing something nice. We'll look into it. Who provided the tickets.”
*****
Mallory sobbed desolately! How could she have failed? Failed David! Failed Amelia? If she survived, she wasn't sure how she could ever face David again. He adored Amelia so much! "Just stand there for five minutes! Keep your eyes open! Hold her by the hand!" The car swerved recklessly and she vomited. And it was so hot! 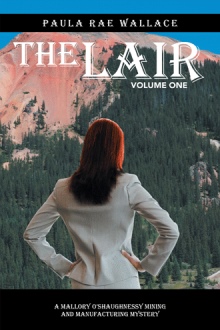 With new perils and pitfalls, David and Mallory, attack life and business with energy and zest. In spite of love and commitment, they find it sometimes hard to communicate and agree in some important areas. This amidst business crises and the demands of a growing family! From chapter 1, as Mallory takes desperate measures to protect her daughter and herself from the clutches of a determined international criminal’s kidnapping attempts, she faces legal challenges as a result of her actions. And David, racked with guilt at the disappearance of a pouch of valuable diamonds, goes to desperate measures to cover up and correct his mistake. Follow them as they make new friends and branch out with their business ventures. The Faulkner family, Erik and Suzanne; the Sanders; the John Anderson family, Shay, Shannon, and Delia; and finally, Donovan Cline contribute to the love and drama. With some close calls and narrow escapes, can David and Mallory’s love deepen and truly meld them into a family forged?