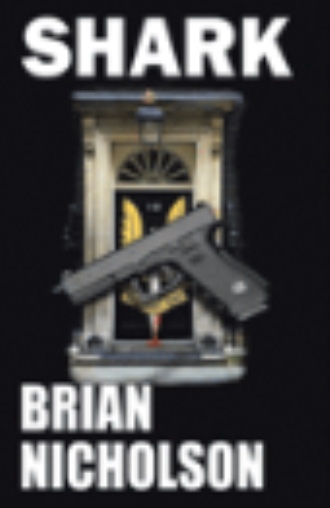 The Learjet turned off onto the taxiway and, as Gunn had guessed,headed for the park-up area for private aircraft. It was met by a ground handler who waved it into position and then signalled engine shutdown to the pilot. The whine of the twin jet engines faded, the mini-bus drove over to the port side of the Learjet, which was facing towards the terminal, and the aircraft door swung down with its integral steps. Gunn had his binoculars trained intently on the doorway. But nothing could have prepared him for what happened next. ‘Shit!’ A man jumped out of the doorway, fell heavily onto the concrete, rolled over, got to his feet and ran with a heavy limp away from the Learjet. A figure appeared in the aircraft’s doorway and fired three shots at the fleeing man, all of which missed by a wide margin. Gunn grabbed the larger Glock 17 from his rucksack and ran for the nearest boarding gate out onto the tarmac. He had only just reached the gate when there was a blinding flash and a huge fireball. The blast completely enveloped the Learjet and the other small private aircraft. The shockwave knocked Gunn to the ground and rattled the heavy, laminated plate glass windows of the departure lounge. The sound of breaking glass echoed elsewhere in the terminal. Terrified tourists scattered in all directions, looking for the airport’s front entrance, causing chaos as they pushed past the guards at security. Deserted luggage littered the terminal. The large security guard had reacted as quickly as Gunn and dashed out through another gate, screaming orders at the other guards over his shoulder. He jumped into an air-side staff jeep and headed off across the apron to cut off the man who had fled from the Learjet seconds before it was vaporised. The fireball rose into the sky like a mini-nuclear mushroom, leaving behind the smouldering carcasses of the Learjet and three other aircraft. The airport fire crews were now racing across the tarmac towards the burning wreckage. Gunn also ran towards the burning plane, leaving the security guard to deal with the fleeing passenger. As he approached what was left of the jet, now being smothered with foam, there were two shots from way over to his left. The security guard had cut off the man’s escape, jumped out of his jeep and had been hit by at least one of the two shots fired at him. He was down, whether dead or wounded was impossible to tell, but the man had now changed direction and was running towards the terminal. John turned and sprinted back towards the terminal to try and cut him off. But, fit as he was, he had no chance of intercepting him. ‘Jesus!…’ to Gunn’s dismay he saw the departure gate open and Nina appeared. The man was about 80 yards from Gunn and about the same distance from Nina. He knew he hadn’t a hope in hell of hitting him at that range. His lungs burning, he forced himself to run faster, desperate to prevent what seemed horribly inevitable. Even as he considered a wild shot at the man to distract him, he saw him raise his automatic to shoot Nina.

The desert south of the 34° Latitude in Syria down to the 26° Latitude in Saudi Arabia is shown as Badiyat ash Sham in Syria, Jordan, and Iraq and An Nafud in Saudi Arabia. It is one of the bleakest and most inhospitable places on Earth. It is a barren, featureless wilderness - bitterly cold and wet in winter and raging hot in summer. Even the Bedouin have to struggle to survive as they roam, stateless, across the borders of all four countries. It's the desert in which the 1991 Gulf War was fought to remove Saddam Hussein’s Iraqi Forces from Kuwait. That Gulf War spawned a number of accounts about Special Forces’ missions, but perhaps, none so poignant as that of the eight-man SAS patrol, tasked to identify Scud missile launchers, of which only two men returned – one severely wounded and the other decorated for gallantry. After leaving the Army, one joined the British Intelligence Directorate and the other followed a career in commercial security which led to his appointment as Head of Security at Number 10 Downing Street. But the Syrian Desert hid the secret of what really happened to that eight-man SAS patrol. That secret would not be uncovered until a BID agent is shot and the dying gunman utters part of a name that makes no sense to anyone.

Brian Nicholson spent the last ten years of his military service working with the British Secret Intelligence Service in overseas appointments. Decorated by the Queen and the Commander of British Forces in Hong Kong, his six thrillers are based on real life events and people. He is now writing number seven!