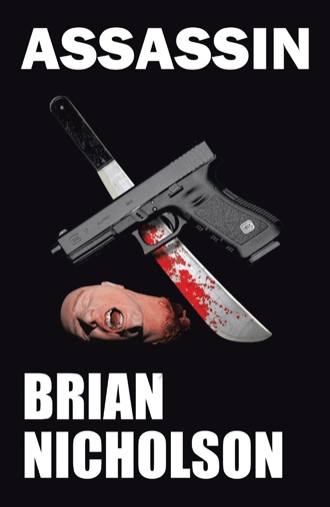 On 1st September 1983, Korean Air lines Boeing 747-230BHL 7442 Flight 007, from John F Kennedy International Airport in New York to Gimpo International Airport in South Korea via Anchorage in Alaska, was shot down by a Soviet Sukhoi SU-15 ‘Flagon’ interceptor. The Boeing 747 had strayed into Soviet airspace south of the Kamchatka Peninsula over the Sea of Japan above Moneron Island and to the west of Sakhalin Island. This incident took place at the height of the Cold War when President Reagan had declared that the Soviet Union was the ‘Evil Empire’. Also at this time the USA was implementing its Strategic Defence Initiative with the deployment in Europe of Pershing II missiles, encircling the Soviet Union. As a result of this incident Ronald Reagan directed the US Military to make the US-controlled Global Positioning System (GPS) available for civilian use to prevent another navigational error such as that of KAL Flight 007. At this time of heightened tension between the USA and USSR, the General Secretary of the Soviet Union was the hard-line, ex-KGB Director, Yuri Andropov who denied that any such incident had occurred. In hindsight, it is possible that the inept handling of the political events by the Soviet Union at this time was due to the failing health of Andropov who was permanently hospitalised by the end of September 1983. It was only after the collapse of the Soviet Union in 1991 that Boris Yeltsin, on a goodwill visit to Seoul in November 1992, handed over the Flight Data Recorder (FDR) and the Cockpit Voice Recorder (CVR) of Flight 007. This confirmed that the Soviet Union had known of the crash site of KAL Flight 007 since 1st September 1983. The Soviet Union reported that all 269 passengers and crew of Flight KAL 007 were killed when the Boeing 747 ditched into the sea near Sakhalin Island. FARAWAY TRAVEL From 15th to 30th May 2011, Faraway Travel Ltd, whose company logo was a globe within an oyster shell and the slogan, ‘We make the World your oyster’, was offering the following package discovery tour: Day 1 Fly to Moscow Stay night in Courtyard Marriot Day 2 Fly to Irkutsk Stay 2 nights in Hotel Courtyard Irkutsk Day 5 Boat on Lake Baikal to Severobajkalsk 2 days in Hotel Baikal at Severobajkalsk Day 8 BAM railway to Vladivostok via: Tynda, Komsomolsk, Sovelskaya and Khabarovsk - 3 Days Day 12 Vladivostok 2 Nights at Vladivostok Hotel Day 14 Fly to Moscow Stay night at Courtyard Marriot Day 15 Fly to London Eight people had signed up for this package discovery tour: Mr and Mrs Woodford from Manchester, UK Mrs Myra Hurst from Indianapolis, Indiana, USA Mrs Agnetha Hensen from Stockholm, Sweden Miss Lucy Brahms from London, UK Miss Rachel Groves from London, UK Mr Martin Baldwin from Chelmsford, UK Mr Peter van den Platt from Brussels, Belgium

The discovery by a rookie police officer of the headless and mutilated body of a middle-aged woman in the residential area of Indianapolis triggers a joint CIA/British Intelligence Directorate (BID) investigation to reveal highly placed moles in both agencies. John Gunn from BID and Doyle Barnes from the CIA are sent to Russia to find evidence identifying the moles and to verify the contents of a message on a CD found at the crime scene of the murdered woman. The CD informs the CIA and BID that all the pasengers on the South Korean KAL flight shot down by the Soviet Union in 1983 survived the crash and are alive in Russian gulags. Did anyone survive the shoot-down of the KAL flight? Has a South Korean scientist who was a passenger on the flight escaped with plans for a revolutionary fuel cell? John Gunn and Doyle Barnes have the formidable task of searching the wild Russian Taiga for the scientist while being pursued by the brutal, sadistic and self-styled 'Assassin' who has left a trail of decapitated bodies across the USA and Europe.

Brian Nicholson writes from his own experience of working with the British Secret Intelligence Service (MI6) in overseas appointments during the last ten years of his action-packed and colourful military service.