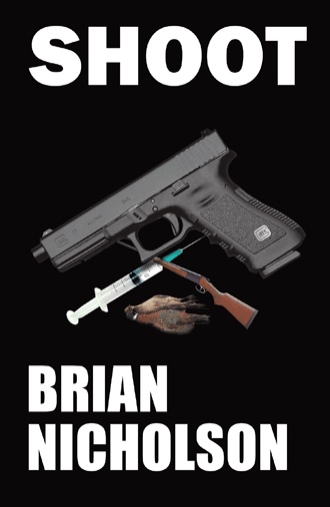 ‘Whassat?’ ‘Nuffink......jus’an owl or somfink. Shudup an’ keep yer trap shut,’ was whispered harshly by the elder of the two boys. They crept through the bracken and undergrowth of the five acre broadleaf Hunstman Copse towards the game pen which was stocked with pheasants at the start of the shooting season. The copse had been planted in the eighteenth century by Lancelot (Capability) Brown during the landscaping of the estate and was perfectly sited on the edge of a sculpted valley which provided the waiting guns with challenging high shots as the birds were driven from the copse. Both boys were carrying air rifles. They came from two families in the village of Lower Shalford which had once been a part of the Granvil Estate. The village now lay outside the boundary wall of the 1,200 acre estate on the western edge of the New Forest in Hampshire, but many of its inhabitants benefitted from employment on the estate and the revenue which the wealthy shooting clientele and garden centre visitors brought to the village. The lands of the estate had been a gift to Simon du Jardin, Duc de Granville, in the eleventh century by a grateful William I for his assistance in the defeat of King Harold II at Hastings. The family name had since been anglicised to Jardine and the title to the Duke of Cranborne. William Jardine was the 16th Duke of Cranborne and at that moment was enjoying a drink with his family and his head gamekeeper, John Hammond, after a thoroughly successful day’s shooting. The estate provided some of the best shooting and variety of game in the Country – pheasant, partridge and woodcock in abundance. The only game lacking was grouse because there was no heather and no moor. Scaling the perimeter wall of the estate was part of the ‘dare’ of tonight’s expedition by Billy Cox and Trevor Perry. Billy, aged eleven, was the elder of the two by a year and had dared Trevor to accompany him on what he claimed was one of his frequent forays into the estate to outwit the gamekeepers and their dogs. The truth was dramatically different: there had only been one previous foray which had ended with Billy being taken back to his parent’s house by the head gamekeeper.

For a “dare,” two small boys climb over the wall into the Duke of Cranborne’s estate in Hampshire. Both boys are armed with air guns, but what starts as a dare ends in blind terror for one of them as he stumbles in the dark across the body of a man whose head has been blown off. The man is a BID agent, and his death jeopardizes the security of a shoot organized for the prime ministers of several countries before the G20 Summit in London. John Gunn replaces the murdered agent and has to unravel a conspiracy involving nuclear weapons and drugs. From the lush grounds of the Cranborne estate in Hampshire to the bleak and inhospitable mountains of Pakistan’s North-West Frontier Province, Gunn’s assignment moves at breakneck speed to prevent the nuclear weapons reaching the Taliban and the heroin reaching the streets of the UK.

Brian Nicholson served with the British Army for thirty-five years and retired as a colonel in 1997. For the last ten years of his service, he worked with the officers of the British Secret Intelligence Service in Africa and Southeast Asia, and it is this experience which forms the backdrop to his books. He was awarded the OBE by HM the Queen for his outstanding performance as a commanding officer. He has now written nine spy thriller books featuring the British agent, John Gunn. Brian Nicholson lives in Richmond, West London. Both his daughters are married, and he has just become a grandfather for the first time. When not writing, Brian Nicholson plays golf, shoots during the season from September to January, paints, and is a volunteer worker for local charities.