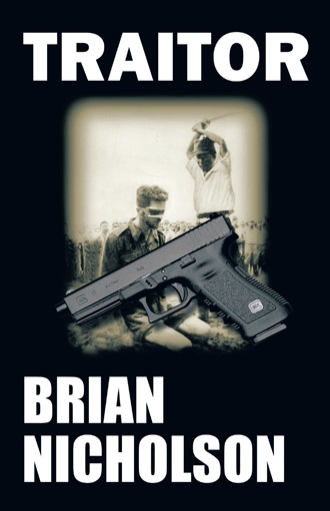 The spectre of a traitor who betrayed fellow soldiers in a Japanese POW camp in Hong Kong has risen from the grave to haunt the British Intelligence Directorate. A deliberate hit-and-run murder in London of the son of an ex-POW is followed by the murder of an agent during a break-in at Gunn’s London house to search for war crime papers and diaries relating to the betrayal in 1941. Twice Gunn escapes the 21st Century samurai warriors from a proscribed Japanese Mafia cult thought to have been responsible the Sarin gas attachk on the Tokyo subway. Every effort is made by both the Director of the British Intelligence Directorate and the Japanese Mafia to prevent him taking over the investigation. This turns Gunn into a fugitive from the British police and the Counter-Espionage Department of BID as his search inevitable leads him back to Japan.

The betrayal of his fellow prisoners by a British officer in a Japanese POW camp in Hong Kong in 1941 returns to haunt the 21st Century on the streets of London. The son of one of the POWs has been murdered by a hit-and-run driver to prevent him from finding the traitor who condemmed 1,200 men to die, locked in the hold of a sinking ship while being transported as slave labour toJapan. The hit-and-run victim leaves behind a briefcase containing his research into the identity of the traitor......and a letter. A letter adressed to John Gunn, an agent in the British Intelligence Directorate. This forcess John Gunn into a deadly conflict, not only with the Japanese, Albanian and Russian Mafias, but also with his own Direcdtorate.

Brian Nicholson has led an extremely exciting life as a soldier, finishing a 35 year career with tthe final ten years working with officers of the Secret Intelligence Service in a number of overseas appointments. This career forms the backdrop to his spy thriller novels..