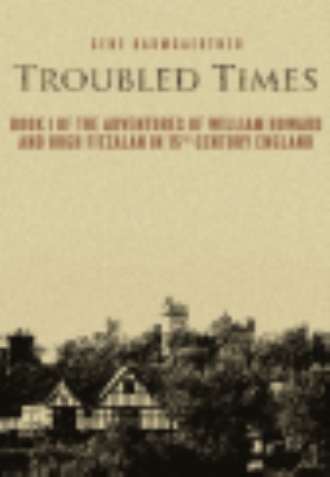 This is a tale of fifteenth-century England—troubled times—times of medieval knights, mayhem, war, and of friendship, honor, and determination. England has a weak king who has ruled too long. Powerful magnates seek to rob the king of his wealth, of his authority, and of his majesty. It is a time of deceit and double-dealing, of theft and violence, of murder and war. Into these times come William Wulfgar Howard, the bastard son of a wayward knight, and John Hugh Fitzalan, high-born aristocrat. In the halls and tilting yards of Arundel Castle, they quickly become friends. Together they strive to become young gentlemen, skilled warriors, and chivalrous esquires. Thrust into war when barely a dozen years old, they find high adventure, rich spoils, and much more. Stepping into the waning years of the Hundred Years War, they must quickly absorb the skills of professional warriors and fight battles on land and sea, struggling to save a lost cause. Along the way, they find that a quick blade is sometimes as valuable as a quick wit, and that friendship is worth more than wealth.

Gene Baumgaertner has published five other books with Trafford—two history books on fifteenth-century England and three novels. One novel tells the story of the adventures of a family of dinosaurs in the Cretaceous period. The other two novels tell the story of the baby boomer generation during the 1950s, ’60s, and ’70s. Troubled Times is his first in a series of novels that take place in fifteenth-century England. Baumgaertner lives with his wife, Kathy, in Raleigh, North Carolina.