The Journey Back from a Death Sentence 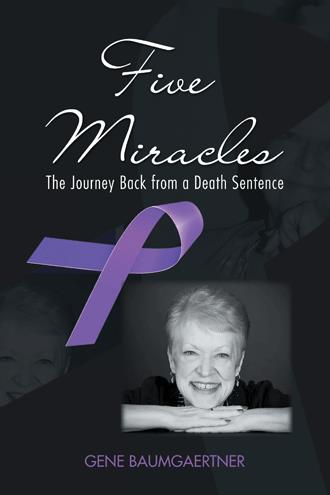 September 11: ... there was something happening to Kathy that I couldn’t say to people, at least not yet. These were the other ways that chemo affects the person you love. It was far easier to talk about the mundane side-effects. Most people were at least dimly aware of these already, and the details were at least informational, and perhaps educational. They were something people expected, could grasp, and could be sympathetic about. You know, the nausea, diarrhea, peripheral neuropathy, fatigue, loss of hair, loss of appetite, and so on. The hard, daily realities were something else. Over time, you watched the person you loved slowly diminish, losing weight, visibly shrinking. At first, Kathy didn’t look bad, as a slimmer form made her more attractive. But the slow visible shrinking went beyond that, and you started to worry about when and if that trend would stop. She became weak, and frail, and less active. She could barely walk a half-block or climb a flight of stairs. She became dizzy, clumsy, dropping things, falling against things, tripping over things. She felt most comfortable lying on the sofa playing games on her iPad or watching episode after episode of “Say Yes to the Dress”. But what was even more worrisome were the affects you couldn’t “see”, but could also detect. Watching the slow diminishment of cognitive function. The forgetfulness: difficulty remembering words while in the middle of a sentence (she called it “chemo-brain”); meaning one word, but using a different one that started with the same letter; starting a sentence and then having difficulty remembering where she was headed with it, so that you had to prompt her to try and finish the sentence; us discussing a subject one day, and sometimes having to repeat the process a day or two later, because she either couldn’t remember the discussion at all, or couldn’t remember the decision that came out of that discussion. Worse was the apparent slow decline of mental agility, with reasoning and deduction and interpretation and interpolation/extrapolation types of thought processes getting slower and slower. Kathy was a strong woman, a well-educated and trained professional, an insightful and decisive decision-maker, an astute manager of projects, an empathetic and caring manager of people. Kathy was someone who people took notice of, listened to, looked up to, and respected. Now, due to the hell that she had already had to fight through, and the hell she was still destined to live through, the evil alien and the poisonous cure were changing the woman that I loved. Oh, God, I hoped that she survived this, and that most of her would come back to me.

On Black Thursday, March 19, 2015, Kathy was hit with the unimaginable, that she had inoperable pancreatic cancer. She asked how much time she had left, and was told 4 months, maybe 6. She cried, she cursed, and she cried some more. After a few days, she pulled herself together, and decided to fight, and fight hard, if that's what it would take to beat the horrible invader that was threatening her life. This is Kathy's story, a story of what it takes to try and beat the unbeatable. And what does it take? Caring, skilled doctors; great medical institutions; the willingness to try new paths; family support that pulled itself around her and gave crutches to lean on and shoulders to cry on; friends, close and distant, who pulled together, prayed and established prayer groups and said masses and novenas, who sent care packages and cards and flowers and gifts and a healing blanket ... but it took more, it took a strong, stubborn, determined woman who would not go down without a fight. And it took five miracles.

The author, Gene Baumgaertner, has written a number of books covering a variety of genre, all published by Trafford. His works include two history books, a biography, and six novels. His novels range from a fantasy about dinosaurs, historical novels about fifteenth century England (a series), stories about the life and times of American baby boomers (a series), and a science fiction novel about invaders of Earth in 4300 BC. His current work is a true-life story about the struggles of a woman who was diagnosed with inoperable pancreatic cancer, who was given 4 months to live, and what it took to overcome that death sentence. He is also working on a continuation of his two series, and at the same time is nearing completion of a comprehensive three-volume work on fifteenth century England. Mr. Baumgaertner is a retired civil engineer. He lives with his wife, Kathy, in Raleigh, North Carolina.