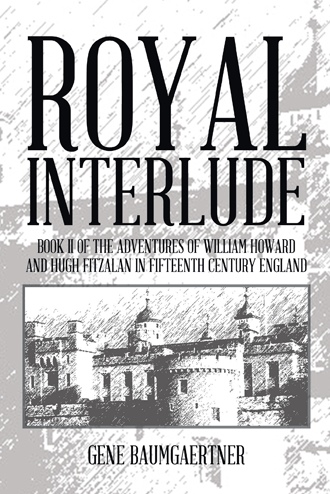 Down in the vale, eight or ten French foragers were herding a dozen hogs, and a flock of two dozen or so geese. They were about a quarter of a mile away. Most were mounted, but three or four of them were on foot. These were doing the herding, while the others rode slowly behind them, guiding the spare horses. There was another French foraging party of over a dozen men about a half mile further on, on the far side of the vale. Will Howard could easily see both parties of foragers from his vantage point at the edge of a small dense woods atop a rocky hillock. Rhys Morgan stood beside Will, while Geoff and Bear White stood further behind them, holding the reins of their horses. There were eight others with them, mostly Welshmen, hiding further in the woods, so as not to attract the attention of the French. “I guess it’s time,” said Will. Rhys Morgan nodded. They both turned back and took the reins of their horses. They re-joined the eight men deeper in the woods. Will explained the lay of the land to them. “We’ll take the nearer group as quickly as we can,” continued Will, “and then head for the further group. If they stand and fight, we’ll take them too. Understood?” Will looked at his men. They all nodded. He knew they understood. They’d done this very thing a score of times in the last few weeks. “Then mount up. Let’s have at them.” With that, Will mounted, and turned towards the vale. They sped silently down the hillock, only the thudding of the horses hooves giving them away. It was only a moment before the French saw them. Suddenly, amidst yells of “St. George” or “St. David” by the charging English and Welshmen, the un-mounted Frenchmen were scrambling for their horses. A half-dozen arrows flew as Will’s men neared the French. Two foragers fell from their mounts, arrows sticking from their chests. Two more were struck, one in the arm, one in the leg. Will charged into the milling Frenchmen, and crossed swords with one of them. Another half-dozen arrows flew, and three more Frenchmen fell from their horses. The remainder, including Will’s opponent, turned and sped across the vale towards their comrades on the far side. Will led his men after the fleeing Frenchmen, and towards the second group of foragers. There’s nothing like a heady, quick, and successful onslaught against one’s enemy to boost one’s courage, sometimes beyond reason. And there’s nothing like watching your comrades get cut down in seconds, and then have the same wild group of warriors come charging towards you, to give a man pause. The men in the second group of foragers had watched their comrades be overrun within seconds. Most had now drawn their swords, or had started to string their crossbows. But they paused in indecision, as they watched their four surviving comrades race in their direction. Arrows were sticking out of three of the four. The opposing forces were almost perfectly matched in numbers, but the wildly charging English and Welsh, and the lusty yells of “St. George” and “St. David”, were un-nerving. Several of the French foragers decided that a few pigs and geese weren’t worth dying for. They turned and bolted away. Thus inspired, the remainder of the second group of foragers turned and raced up the vale to the far ridge. Within moments, they were gone from sight. Will brought his charging men to a halt. “Let’s go get ourselves a hog or two,” he said. Will and his men returned to the site of the first skirmish. “Take one or two of the hogs, and as many of the geese as can quickly be gathered. Bind the geese or behead them, we don’t have the time to try and herd them.” Geoff White and Rhys Morgan directed the others, while Will, still mounted on Lyselle, kept a watchful eye on the far ridge. Griffith ap Daffyd approached him and said, “Three of the Frenchmen are still alive. Shall I dispatch them?” “No, their fellows will come back for them eventually. Give them water, and let them live for another day.” The Welshman saluted Will, and turned to carry out his orders. Will wasn’t really surprised to see, within minutes, that the French were returning, this time in greater numbers. “All right men,” he yelled. “Forget the hog. Mount up and let’s get out of here.” Geoff White turned to look at what had Will’s attention. Perhaps fifty Frenchmen were riding back over the far ridge, and were heading in their direction. “Mount up, men,” he yelled, adding emphasis to Will’s command. Three Welshmen had already managed to get the smallest hog literally hog-tied over one of their saddles. Others had collected seven or eight geese. They all re-mounted. Then they were riding like the wind around the hillock from which they had originally descended. Will rode near the rear of his men, keeping an eye on the progress of the French pursuers. After a mile, the French pursuit gave up. When they turned back, Will smiled to himself. “We’ll eat well tonight,” said Bear White, who was riding beside him. Bear smiled at Will, showing him the two geese he had caught. “I was hoping we could lead those Frenchies right back to Master Hugh Fitzalan’s men,” said Geoff White, who was riding on the other side of Will. “That would have ruined their day.”

Second in the series, Royal Interlude is the sequel to Troubled Times. Will Howard and Hugh Fitzalan, although yearning to return to their beloved Arundel Castle in Southern England, still find themselves embroiled in the trouble and chaos of war-torn France during the waning years of the Hundred Years War. While they continue to advance their skills as young warriors and esquires, and often find themselves in real combat battling the French, their Homeland struggles for a solution to endless war -- Victory or Peace? One potential solution, perhaps, is for the young and eligible Henry VI of England to wed a suitable French Princess. Charles VII has eligible daughters. But will the canny King of France allow Henry to wed one? And at what price? While plots and intrigues ensue at the highest levels of both realms, Will and Hugh find themselves tasked with discovering the secret of arguably the most powerful man in England, Sir William de la Pole, fourth Earl of Suffolk. King's Steward, and the King's best friend, confidant, and chief negotiator, Suffolk struggles to hang on to the reins of power in a teetering world. What is he willing to sacrifice for King and Realm? His own power, position, or wealth? Amidst the pomp and pageantry of royal marriage negotiations, betrothels, and weddings, Will and Hugh uncover greed, corruption, and self-interest. But will they also find treason?

Gene Baumgaertner has published seven other books with Trafford -- two history books on fifteenth century England, and five novels. His first novel tells the story of the adventures of a family of dinosaurs in the Cretacious Period. Two other novels tell the story of the Baby Boomer generation during the 1950's, '60's, and '70's. His second most recent work is a science fiction novel about a fight to save the Earth from an alien scourge. Royal Interlude is the second book in the series of novels that take place in fifteenth century England and France. Baumgaertner lives with his wife, Kathy, in Raleigh, NC.