A BRAID OF REFLECTED MEMOIRS 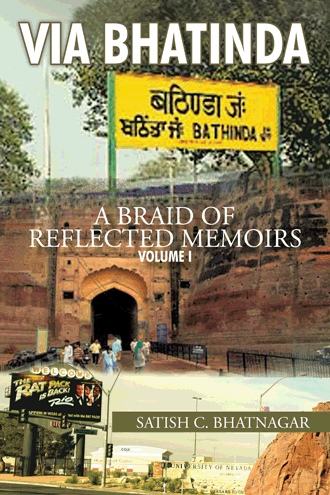 I have been reading some excellent writings by you. Consider sending me such some pieces in Hindi for the Vishva-Vivek. Regards, BhuDev (On #14) I’ve wanted to say this for a long time. Since you write so well, I am surprised that you don’t enter the Toastmasters International Speech Contest more often and win!! Maybe I could help you convert some of your writings into inspirational speeches! Let me know if interested! Narayanan (On #19) It seems you have knack of praising everything Americana by putting Hinduism down. Nobody can miss this bias in your articles. Have you heard about samagams and they were what conventions were sans frills. Wish you could make your point without getting into unnecessary diversion. Rahul (On #28) This is, by far, the best of your recent articles! Anand Bhatia (On # 38) Your articles are thought - provoking. Sometimes, I read them twice or thrice to grasp the deeper ideas embedded. You have a natural talent to express the ideas and feelings. Soori (On #60) You have had a very eventful life indeed, coming in company with people of unusual talents. In contrast, I knowingly drifted away from success in search of what I thought was truth. I did find it. But I have been going into hardship intentionally and rejected the material world. Subhash (On #76)

Satish C. Bhatnagar has been at UNLV since 1974. After seven years of college teaching and researching in India, he joined Indiana University, Bloomington, for an American PhD. Annual overseas trips, long walks, and yogercises keep him oxygenated for reflections on varied aspects of life. These reflections are independent and digestible! Since college days, his interests in mathematics, history, philosophy, religion, and literature have been on interdisciplinary tracks.