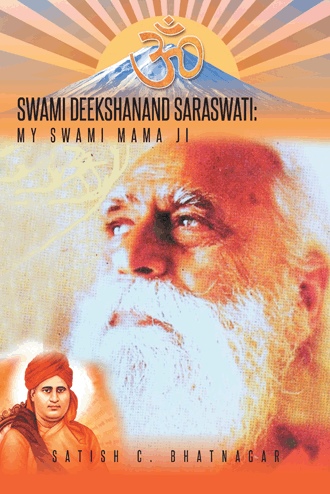 You personify your name. Rahul (On # 25) I had goose bumps as I read your email. You must be so proud of your Mama Ji. Shobha (On # 28) You have reduced religion to the dynamics of market forces. What a wonderful idea! Religion is the invention of man and spirituality is a science of connecting with GOD. Shadi Ram (On # 32) This is a good 'reflection.' You have provided a historical dimension as also the need for unification of the divergent Hindu stratifications. Moorty (On # 33) Looks like I am getting regular lessons from my Teacher. I am blessed, Jadav (On # 35) Wow!! What a scientific way to depict the age-old Aryan culture. Gouranga Saha (On # 36)

Satish C. Bhatnagar has been professor of mathematics at the University of Nevada Las Vegas since 1974. After MA from Panjab University, Chandigarh (India) in 1961, he taught for seven years in the colleges at Bathinda, Shimla, Kurukshetra and Patiala. In 1968, he leaped from India to USA, and providentially landed at Indiana University, Bloomington for an American PhD. In 1974, another stroke of luck brought him to Las Vegas for one year - which has become his hometown in USA. Bathinda remains his home in India, as his two brothers and their children still reside there. The first volume of VIA BHATINDA traces a journey of his life from Bathinda to Las Vegas. As mathematics professor he has published research papers in partial differential equations, math education and history of mathematics. His incredible teaching record of over half a century spans over nearly 75 different courses and honors seminars in mathematics - pure and applied, statistics, computer science and mathematical physics. It was around the year 2000, when he ventured into creative writing started as Reflections stirred up by any mundane topic or observation without any thoughts of publications. At the urgings of several e-readers of close acquaintances, he published the first volume of Mathematical Reflections in 2010. That seems to have opened a floodgate of newer books. Annual overseas trips, long walks and yogercises keep him oxygenated for Reflections on varied aspects of life. The Reflections are independent and identifiable. Throughout life, his interests in literature, mathematics, philosophy, history, science and religion have been on interdisciplinary tracks. It is reflected in the first five books which are mathematical, historical, philosophical, religious and literary in genres. All the books are non-fiction in nature. At 70+, when most professors are considered deadwood, Professor Bhatnagar is scaling new peaks in creative works.