A Crime Too Perfect 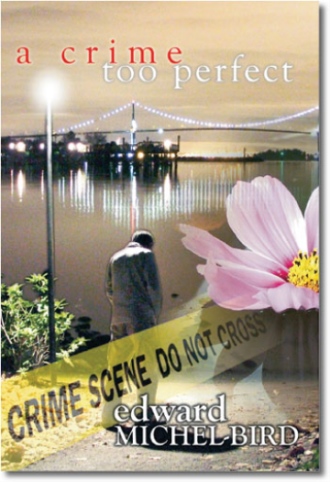 Inspector Clive Channing, a young forensic crime investigator, becomes obsessed with the brutal murder of Loretta Taylor, a famous actress... A case that had gone cold for ten years, and described in the Press as the perfect crime- an assessment that Clive Channing totally rejects. His liaison with attractive Jenny Beauchemin and Aunt Maggie opens doors...

He studies the case file every night before bedtime (as a private personal project) searching for the needle in the haystack that might reopen the case. His first great challenge is to break the murderer's alibi: "I've never set foot in that house or in her bedroom!"

"We shall see," Clive whispers to himself.

After the author completed his B.A. at the University or British Columbia, Vancouver, B.C., he went to Paris to complete his education and lived there for ten years. He was awarded a Canada Council Grant and earned his Doctorate at the Sorbonne. As a student he held the post of English assistant and taught in the high schools of Paris for three years.

Later he was appointed Professor for three years at the École des Traducteurs et Interprètes under the aegis of the University of Paris. Then, after his marriage, he returned to U.B.C., Vancouver, Canada, to accept an appointment in the Department of French. He has published a number of articles, three text books, and co-authored a fourth with his wife.

His work in Fiction: Other Voices, Other Climes (a collection of ten unique stories) and six novels: Shadows on the Seine: Paris 1952; Diamonds from the Dark Side; Echoes From the Past; The Coverley Pines Affair; and A Wild Yukon Adventure.

His latest novel, A Crime too Perfect, is available now.