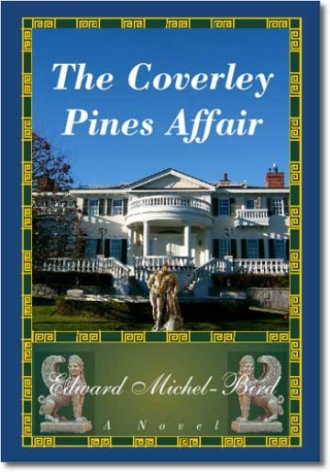 Randolph Scott is rejected by Diane, an attractive socialite half his age. He never forgives nor forgets the humiliation mooted in the tabloids. Years later, he gives a jobless old friend a lift to pick up his son, Alex, at the jailhouse. Dazzled by the youth's resemblance to her husband, the Greek scholar writes, "I have found my Zeus." The pastime of Zeus, the most seductive of all the Gods, was to transform himself into the likeness of others in order to seduce their wives or lovers. "Like Zeus," he adds, "my young Alex will seduce Diane and knock her off her pristine pedestal." He grooms his young Zeus and sends him to university. He meets Diane. The attraction is mutual. Wise old Aunt Madge (a.k.a. Dame Coverley) tries to stop him from making Diane and Alex his sacrificial lambs. Dame Coverley's large and sophisticated 95th birthday party ushers in startling revelations.

After the author completed his B.A. at the University of British Columbia in Vancouver, Canada. He then went to Paris to complete his education and lived there for ten years. He was awarded a Canada Council Grant and earned his Doctorate at the Sorbonne. As a student he held the post of English assistant and taught in the high schools of Paris for three years.

Later he was appointed Professor for three years the Ecole des Traducteurs et Interpretes under the aegis of the University of Paris. Then, after his marriage, he returned to U.B.C. to accept an appointment in the Department of French. He has published a number of articles, three textbooks, and co-authored a fourth with his with his wife.

His work in fiction are Other Voices, Other Climes (a collection of ten unique stories) and three novels: Shadows on the Seine: Paris 1952; Diamonds from the Dark Side, and Echoes From the Past.

A new novel, A Wild Yukon Adventure, will be available in February 2005.