The Fruit of the Spirit Series Book 5 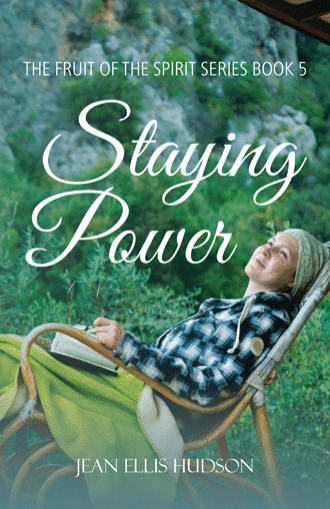 When they arrived, they read the advertisements on each of the movies and the length and chose “The Tramp”, “The Gold Rush”, and “Shoulder Arms”. Jeff pushed her wheelchair down the aisle, lifted her into a theater seat and folded her wheelchair to prop on his other side. They ate popcorn together, drank Coca-Colas, and watched the movies. They laughed a lot and thoroughly enjoyed themselves. When the last movie ended, they waited while everyone else filed out. Then he set up her chair and put her in it and rolled out to the auto. He put her in the auto and stored the chair. It was becoming a normal thing to do. “Jeff, aren’t you getting tired of lifting me in and out and taking care of my chair?” “Not in the least. In fact, I was just thinkin’ that it was becomin’ a normal thing to do. I don’t mind it at all, as long as it’s you. Let’s move away from the lights. I have somethin’ I want to do.” He drove about a block and pulled to the side of the street. He turned to Melody and said, “I want to kiss you.” He pulled her into his arms and she put hers around his neck and they kissed passionately and deeply. He whispered into her ear, “I love you, Melody, and I want to spend my life with you.” “Oh, Jeff, I’ve waited to hear that. I love you with all my heart. I want to spend my life with you too.” They kissed again. “It’s late. We’d better head home.” They held hands as Jeff drove with one hand. To both of them, it seemed they were floating and glowing with their love. Jeff kept turning his head to look at his love and she would always look at him and smile. They felt on top of the world with a full life ahead of them. They couldn’t be happier. Melody glanced to the front and screamed, “Jeff!” He quickly looked ahead but had no time to put on the brakes! They slammed into a large wagon filled with metal parts and driven by one man who had not seen the car coming. They were all three thrown from their vehicles. Jeff was pretty banged up and was unconscious for a few minutes, but when he came to he saw blood pouring down his arm, some on his pants legs and even on his face and hands. He started to get up but couldn’t. He began to pull himself toward Melody whom he saw lying face down in the dirt. “Melody!” he screamed. He pulled harder so he could get to her faster. She wasn’t moving! “Oh, Melody, please be alive! Don’t die, please, please!” He just continued to plead. When he got to her, he felt her pulse and she was alive and breathing, but she was unconscious. Jeff began to talk to Melody to see if she would wake up. “Melody, honey, please wake up and talk to me. This is Jeff. I love you. Come back to me!” He kissed her on her cheek and brushed her hair from her face. She was still unconscious. Jeff looked over at the older man who had been in the wagon and decided he needed to check him out. He crawled over the distance which was not easy. He had come to the conclusion that he might have a broken leg or something. He reached the man and could hear him groaning, so, thank God, he was alive. There was a lot of blood and he could see his arm was bent at an odd angle, probably broken. “Sir, sir, are you alright?” Dumb question, Jeff. “Can you hear me?” The man groaned louder. “Do you live close by, sir?” “Yes. That road.” He sort of indicated with his head which direction he was talking about. “My wife. Telephone.” “I’ll try to get there if I can. I think my leg is broken. I feel dizzy.” Jeff slipped off into unconsciousness again.

Love. Sickness. Death. Happiness. Accidents. Marriage. Beatings. Laughter. Changes! Susannah Brown exhibited a loving patience and her family sought her out for advice and encouragement which she always provided. Unfortunately the arthritis she had began to take its toll. Jon, Ruth’s husband, came home from the war with shell shock and experienced many episodes with it to his dismay. Jeff often had nightmares of the war which in some ways were worse than what actually happened. Jeff meets Melody Martin at church, began to date her, eventually married her, despite her handicap, and they had children. Zeb Stuart, Jeff’s partner in building furniture, had a horrible experience with bootleg whiskey, despite Prohibition, which led him into serious trouble and a beating. Reggie Barnhouse from Britain came home with Jeff after the war and began to work on the farm. He was a good worker and enjoyed cutting up with Clyde Armour. The time they all lived through was “The Roaring Twenties”, called that because it was a wild ride. Many changes occurred, such as Prohibition, Henry Ford’s cars, radio, airplanes, a new kind of music and dancing, women’s right to vote, national sports, the KKK, immigration, political corruption, oilfields, Scopes Monkey Trial and the stock market crash of 1929.

Jean Ellis Hudson has her B.A. and M.Ed. in Secondary Education/Social studies and taught high school for fifteen years. She went on to be a church secretary for ten years. Upon retiring, she followed her dream of writing which she has wanted to do since she was fifteen years old. It only took her fifty years to get there! She enjoys writing Christian historical fiction. Her first book, A Journey to Faith, received a positive review from the US Review of Books which earned the book The Gold Seal of Literary Excellence. This was the first book in the series called The Fruit of the Spirit Series. Her second book, Learning to Love, her third book, The Hardest Victory, and her fourth book, A Gentle Soul, continue the series, as well as this current book. Her interests include reading, writing, gardening, crafts, and graphic design. She lives with her husband, Jimmy, in North Georgia.