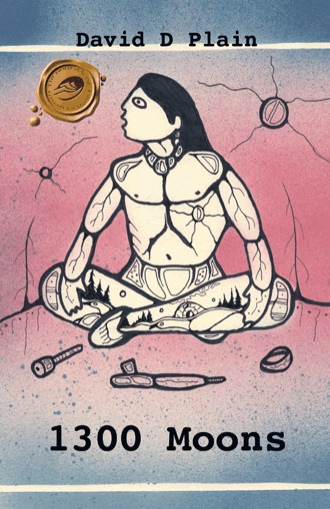 1300 Moons is based on the life story of Saulteux Ojibwa Chief Kioscance or Young Gull who lived during the French régime in North America ca 1640-1748. It follows his life’s journey from a youth through his years as a warrior, to great War Chief, to elder on the council. Young Gull led his people south after the Iroquois War to establish them at Aamjiwnaang at the foot of Lake Huron.

David D Plain is a member of the Aamjiwnaang First Nation and great-great-great grandson of Young Gull. His other books, The Plains of Aamjiwnaang and Ways of Our Grandfathers, have received overwhelming critical acclaim.