Ways of Our Grandfathers

Our Traditions and Culture 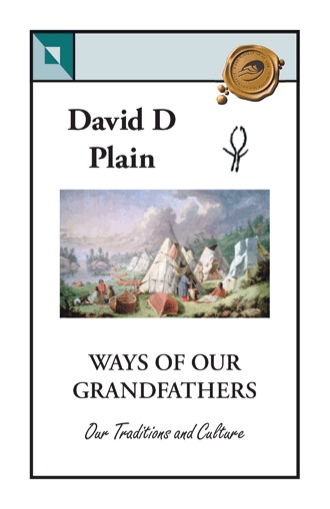 Most muneedoog were good most of the time but could at times be mischievous or even spiteful. A good example of this type of muneedoo was the Mamagwasewug or the hidden or covered beings. They were little spirit beings commonly called fairies or sprites. The preferred to live along riverbanks or wetlands and are at most times invisible. Some of the old ones say they have seen them and have even talked to them. They are described as two to three feet tall, have a human form walking erect but their faces are covered with soft hair. They are said to be fond of shooting firearms and love bright bits of cloth. If one helps them to attain these things one will be rewarded with long life or success in hunting. The following is a story of a group of Mamagwasewug living along the St. Clair River in the 1820s. In 1824 a Scottish family who were living on the banks of the St. Clair River came under harassment by some invisible entities. Their property was being assailed; first their poultry suffered seizures and died then their livestock. Next the house was attacked. Small pieces of lead and stones were thrown at the windows, which broke and they landed on the floor. Later, live coals were found placed in different parts of the house and at first were discovered by the family and extinguished just in time. However, eventually the house burned down. The family, friends and neighbours attributed these occurrences to witchcraft and a famed witch doctor from Niagara Falls named Troyer was called in. He attempted to exorcise the property by shooting off his gun, which he said was loaded with silver bullets. He said this was the only kind of weapon that would be effective against a witch. While this was going on the local magistrate heard of it and issued an arrest warrant for Mr. Troyer. He heard of the warrant and so beat a hasty retreat back to Niagara Falls. Pazhekezhikquashkum, the old Otahwah head chief and shaman from Walpole Island was consulted and he confided that he knew what was going on all the time. He said the place on which the house stood was the former residence of the Mamagwasewug but when the Scotchman built his house on the spot where the Mamagwasewug lived they moved back into the poplar grove. They lived there for several years but then the Scotchman cleared and burnt the grove. This made the Mamagwasewug angry and feeling indignant at such treatment they exacted revenge on his property. Jones, History, 157-159.

Ways of Our Grandfathers compliments David D Plain's previous book, The Plains of Aamjiwnaang. While his first book focused on the history of the Ahnishenahbek (Chippewa) of Aamjiwnaang territory Ways of Our Grandfathers describes Ahnishenahbek culture and traditions from the pre and early contact period with Europeans. It covers such anthropological topics as social life, economic life, and religious life. Clear descriptions of characteristics, language, political structure, band designations and their totemic system are illustrated. Gatherings, games and stories are depicted with vivid illustrations. Construction of their dwellings and canoes are described as well as methods of hunting, fishing and sugar making. Trade routes and places of trade are given as well as types of trade goods. Religious life is detailed and includes a description of the political structure of the Midéwiwin Medicine Society, healing practices and death customs. The book includes an appendix listing many traditional medicines. Another appendix provides a detailed description of a Midéwiwin initiation ceremony performed on the banks of the St. Clair River recorded verbatim by a local missionary.

David D. Plain is a member of the Aamjiwnaang First Nation and lives on Aamjiwnaang territory. He holds both undergraduate and graduate degrees from Tyndale University College and Seminary, Toronto, Canada. In his youth he had the privilege of having as mentors elders whose memories reached back into the nineteenth century. Their stories as well as fully researched historical documents have provided him with an excellent knowledge of Ahnishenahbek history and culture.