A Brief History of the Saugeen Peninsula 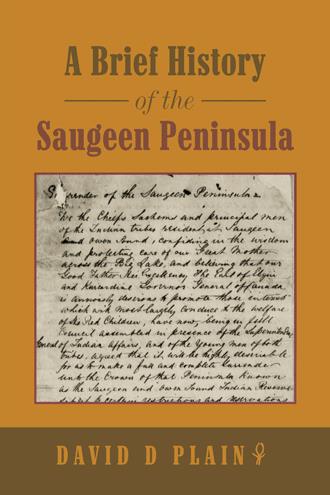 When I was in grade seven, I began to notice that girls were different in a nice sort of way. Before that, they just seemed to be weird and totally unnecessary. The following year I met Mary. We teens were coalescing into large groups of friends, you know, the way young adolescents do. I don't recall how, but Mary and her friend, Louise, had been drawn into our group. Mary was extremely beautiful. I wasn't the only one to notice, either. It was Mary that instilled in me the first feelings of what was commonly called “puppy love.” The feelings were not mutual so they passed. However, it was that pretty, little thirteen-year-old that inadvertently introduced me to cupid's emotion. I've been afflicted from time to time ever since. The next two years were spent mostly dreaming. A parade of girls would come along, and generate feelings of attraction that convinced me I was in love. When nothing happened, the feelings would fade as quickly as they appeared. I remember those days as being a most frustrating time. But things began to change near the end of grade ten. There was this particular girl named Jean. She was a year ahead of me and two years older. She was a good looking, buxom, country girl. The kind we boys would look for while roaming the halls, girl watching, before the bell called us to class. A friend of mine, Bill, was having a party on a Friday night. His family had just moved into a new house in a new subdivision and it had a finished rec room. Bill wanted to try it out. The invitations went out. Some kids came as a couple while others came unattached. That was my usual modus operandi, but I thought, this time I'm going to be different. This time I'm going to bring a date. A week before the party, two of my friends and I were wandering the halls and I spotted Jean at her locker. I didn't say anything to my two buddies, just left them standing in the middle of the hall and walked over to Jean. I told her about the party and asked her if she wanted to go with me. She said, “Sure.” I was amazed at how easy that was. When we arrived at the party together, my friends were shocked. Jean was looking very much a young woman and wowing all the guys. Me? Well, I was looking very much exactly what I was, a fourteen-year-old teenage boy. But regardless, she was with me. One of my best friends at this time was John. John had been a best friend since grade seven when he transferred into London Road Public School. He had just moved into the neighbourhood and lived around the corner from me on Collingwood Street. Although John was a couple of years older than me, we became fast friends. John had an older brother, Bernie. Bernie had a car. John had his driver's license and Bernie would occasionally let John borrow it. Whenever that happened, we would cruise around looking for girls. There was an extraordinary number available from the large circle of friends who congregated around Copeland Avenue. One night, we picked up a couple from the group and went parking. We had done it before, which had only culminated in a session of necking. This time was different. John parked, shut off the engine but left the purple mood lights on and the radio playing. I was in the back seat with a girl that was three years older than me. She didn't seem to mind so I slipped my arm around her. We looked at each other's eyes. Hers closed. I pressed my lips to hers and we began to kiss passionately. Like I said, she was seventeen and far more experienced than I. While kissing, she slipped her tongue in my mouth. A French kiss, we called it. I had heard of it but never had the nerve to try it. I liked it. After a bit, she began to moan ever so softly. She then took my hand and slid it up inside her blouse and under her bra. WOW! I had never gone this far before and I was really, really liking it. Although that's as far as it went I was so glad she took the lead. I had not only French kissed but felt the tenderness of a young girl's soft, supple breasts...and all in the same night too!

A Brief History of the Saugeen Peninsula is historical non-fiction and as the title suggests it is by no means exhaustive. It is a treatise that presents the history and culture in broad strokes covering the early history of the Anishnaabek (Ojibwa) of the Saugeen (Bruce) Peninsula as well as their relationship with the Crown during the colonial period of Upper Canada. The first section of the book highlights the historical periods of the settling of the peninsula by the Ojibwa through the War of 1812. This is followed by the treaty-making era and relationships with missionaries. The historical section finishes with the paternalism of the early days of the Indian Act through modern times. The second section of the book gives a glimpse into the culture of the Anishnaabek. Topics such as Ojibwa characteristics, language, religion, and trade. Band designations, wampum and dodems are explained as well as gatherings, games and stories. Lifestyle is also covered illustrating the cyclical movements throughout the territory following the seasons from the main villages to hunting camps in winter, to sugar making in the early spring, to the fishing camps in late spring.

David D Plain is an aboriginal historian/author. His books have received critical acclaim with one winning a prestigious publisher’s award in 2008 as well as being shortlisted for an Eric Hoffer Award. Four of his books being awarded a Gold Seal for literary excellence. David holds a Master of Theological Studies and a Bachelor of Religious Studies from Tyndale College, University and Seminary, Toronto, Canada. David is a member of Aamjiwnaang First Nation and has fully researched his nation’s history and culture. He has also been privy to the tutelage of the elders of his community. Always a lover of history he has devoted much time and effort to his family’s genealogy and how it has affected the history of the Anishnaabeg. David grandparents, Joseph and Eleanor Root are members of Saugeen Ojibwa Nation. These sources have produced books on Ojibwa history and culture that are of the highest quality.