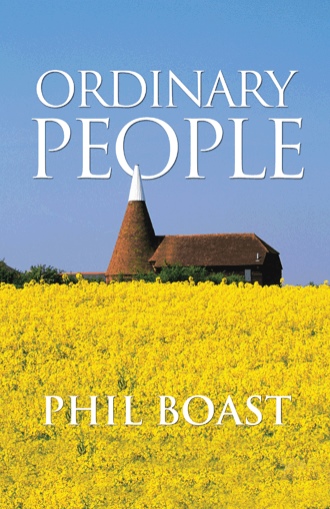 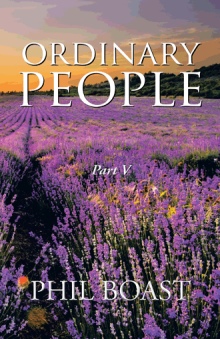 Ordinary People is a tale set in Middlewapping, a fictional rural village somewhere in the south of England. It follows the fate of the various people who live there—their loves, conflicts, dreams, and events that shape their lives. Among them are Will and Emily, the young lovers who finally meet and make their lives together; Percival, the former city banker and drug addict who has taken refuge in this apparently quiet backwater; Daphne, the would-be poet and self-ordained village elder; Keith and Meadow who live on a bus outside the village with their children Tarragon, Rosemary, and Basil; and a host of others including Victoria, only daughter to the lord and lady of the manor. It has been a long time since the people from the village and those living in the manor house have had contact, but events unfold that bring them together in ways that they would never have imagined and that will change their lives forever. And of course, running throughout the story as it unfolds is that most English of institutions, the village cricket team.

Phil Boast, coauthor of Bahowo Lodge, An Indonesian Affair, an autobiographical work, has now moved into the field of fiction with Ordinary People. Having been born in England where, in his former career, he was a landscape designer and contractor, he now lives in North Sulawesi, an island in Indonesia where he built and now owns and runs a tourist lodge, primarily for scuba divers. He lives with his long-term partner, Paula, and their three golden retrievers. For more information, please visit www.bahowolodge.com.