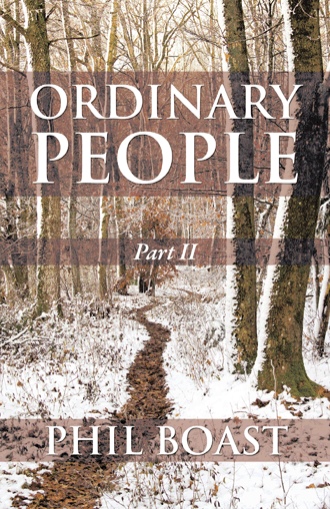 Meadow watched as the young, rather nervous looking but well dressed young lady struggled to control her two dogs across the village Green. They looked to Meadow as though they wanted to run for miles; to feel the wind in their faces. So did the young lady. Instead she tied their leads to the metal ring on the wall of the shop, which they had inherited from the previous tenant when the place had been a general store, and the wind chimes sounded agitated as she came in. ‘Hi’ said Meadow, brightly ‘how may I help you?’ The young lady looked around the shop as though she had never seen one before. She had a lost look under her dignified if clearly rather nervy exterior, and needed help. ‘Just feel free to look around.’ said Meadow ‘Please take your time’. ‘Thank you’ said Victoria, and she smiled for the first time, a smile which to Meadow looked rather forced and sad. ‘I don’t think I’ve seen you in the village before.’ said Meadow, trying to engage the young lady in what she hoped was light, easy conversation. ‘Have you come far?’ She was certain that the young lady had not come by car; she would have parked nearer the shop on the track which ran between the houses and the Green. ‘My name is Victoria.’ said Victoria ‘Victoria Tillington; I live in the Manor House, well, sometimes anyway.’ ‘Ah, forgive me.’ said Meadow. She was tempted to say ‘My name is Meadow and I live on a bus.’ but thought better of it. ‘That’s quite alright’ said Victoria ‘I don’t….you know.’ She was struggling. ‘Well anyway welcome to our humble little shop,’ said Meadow ‘my name’s Meadow, I live on a bus just outside the village.’ Victoria extended her hand, it was a stiff, reflex action and about the last thing that Meadow was expecting. She took the offered hand and the two women smiled at each other; the face was beginning to relax a little but the eyes were still working overtime. ‘Perhaps…perhaps I’ll buy some cheese then.’ said Victoria. ‘Of course, which sort would you like?’ ‘I’ll um, I’ll leave it up to you.’ said Victoria ‘Just whatever you think.’ ‘Yes, of course.’ said Meadow. She began sorting and slicing some cheeses and wrapping them in paper. Just then Tarragon came in looking raw from the cold and in the eyes of her mother, very beautiful. Tarragon was seventeen years old. ‘Hi mum!’ ‘Hi Sweet Pea; everything okay..?’ ‘Yeah, it’s just bloody cold out there, excuse my French.’ She glanced at the rather odd – looking customer. ‘Nice hat’ she said ‘is it real?’ ‘Tarragon!’ said Meadow ‘Forgive my daughter, I’ve done my best to bring her up with some manners, but the results are disappointing sometimes’. ‘It’s okay, really’ said Victoria ‘Yes, it’s real; it came from Russia, in fact.’ ‘That’s cool’ said Tarragon in a rather disinterested way. ‘Shall I start then mum?’ Tarragon busied herself collecting the short step - ladder from the store room and began taking down the foliage from the inside of the shop. She decided to leave the outside until she had a least warmed up a bit. ‘So, anyway’ said Meadow ‘is that enough to be going on with?’ ‘I’m sorry?’ said Victoria ‘The cheese?’ said Meadow ‘Oh’ said Victoria ‘Yes, yes that’s absolutely fine, thank you. How much do I owe you?’ Meadow tapped the prices into the till – register and put the cheeses into a paper bag, Victoria handed her a fifty – pound note and took the change. In the matter of human encounters, timing is everything, and Victoria hesitated a second too long once the transaction was complete. ‘Is there…’ began Meadow ‘Forgive me but are you okay?’ ‘What?’ said Victoria ‘Yes, yes I’m fine, thanks. Well, better get going then; thank you again, good bye.’ Victoria made for the door a little too quickly, again her timing was off; Tarragon and Meadow exchanged looks. ‘Um, excuse me, Victoria?’ ‘Yes?’ ‘You’ve forgotten your cheese.’ ‘Oh, yes, how silly of me.’ said Victoria. She took the bag from the counter, Meadow gave her what she had hoped was a reassuring ‘we’ve all made that kind of mistake’ smile and Victoria once again headed for the door. She hesitated in a thoughtful way when she was halfway out, however, made as if to say something but apparently thought better of it, or perhaps the words just weren’t there, untied the dogs and made her way across the track to the Green. The wind chimes sounded relieved before they went silent. ‘She was odd.’ said Tarragon as she threw down some holly from the top of the steps ‘You know who she was?’ ‘She’s from the Manor House.’ said Meadow ‘She must be the daughter of Lord and Lady what’s – there – name.’ ‘Yeah, she was dressed like a toff.’ said Tarragon ‘Talked like one as well; that hat was a joke; where does she think she is, the Siberian steppes or what? More money than common sense, wouldn’t you say?’ ‘Tara, dearest and most beloved child, I wonder sometimes where you get your language.’ ‘What do you mean?’ ‘Toff..?’ They smiled together; Meadow leaned on the counter again and watched Victoria as she struggled with the two dogs and the additional burden of the paper bag. ‘I think she looked lost.’ said Meadow ‘I hope she feels the wind in her face sometime.’ ‘What, in that hat?’ said Tarragon. Meadow smiled again. ‘Come on, let me give you a hand.’ she said.

During part I of 'Ordinary People', we have been introduced to the leading players who reside in the village of Middlewapping, and whom we meet again here, to see how their lives, loves and relationships are developing. During much of part II, however, centre stage is taken up by another young lady, who's name is Victoria Tillington, only daughter to the Lord and Lady of Middlewapping Manor. One morning she takes it upon herself to walk the family dogs into the village; the morning itself is of little significance, but her action eventually sets off a chain of events which nobody in this apparently sleepy backwater of England would have imagined. Victoria's life is about to crash; to be broken on the rocks of her loneliness, and she comes to see the village as perhaps her last hope of redemption; a way back to a happier life. And waiting in the wings is another person; somebody whom she has not seen or heard from for over ten years, and the only person that she has ever really loved. In the end it takes the death of two people to set in motion something which could be her only salvation, and dark forces are brought into play in order for this to become possible. For in part II of our tale we are introduced to another character whom we have yet to encounter; we are about to meet Rebecca.