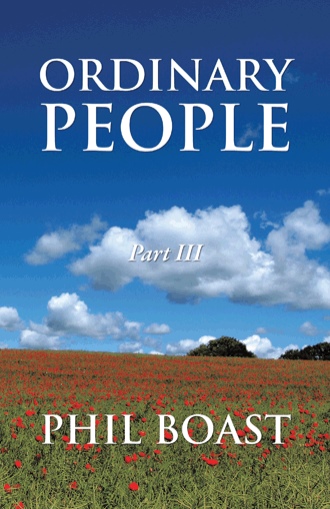 On this sultry, summers’ day, at the same time, another conversation was in process between Victoria Tillington, only daughter to Lord and Lady Tillington of Middlewapping Manor, and another young woman, who’s name was Rebecca. The conversation was taking place in the back garden of a certain house very close to number seven, The Green, where Emily was attempting to bring her accounts program to heel. It was a conversation which, once again, could be traced back to its’ vague and uncertain source during the time that these two women were about to be reunited; when their love was about to be reborn, or woken from its’ long, enforced sleep. If the conversation at its’ beginning was general and non – specific, it built to a subject and a point in time which neither had spoken of since it’s occurrence, but which Victoria Tillington badly wanted to understand, indeed needed to understand. Had she known what the consequences of this need would be, or her attempted satiation of it, she would perhaps have left the words unspoken, but if hindsight is the companion to wisdom, then foresight can oft times be its’ enemy . ‘So how were you there?’ she said ‘What do you mean?’ said Rebecca ‘You came to find me in hospital when I was…when I was still asleep.’ ‘Yes, you know I did; I told you.’ ‘Yes I know you were physically there, that much I understand, but you were with me; in my dreams, if that is what they were.’ ‘Was I?’ said Rebecca ‘It was only a dream, dear one.’ ‘Ohhh, you drive me crazy! You know what I’m talking about; you were there, on the cliff by the sea, not as you are now but as you used to be when we were younger, you sang to me when I was….I can’t remember everything, it’s so frustrating, help me to understand.’ ‘Perhaps I don’t understand either,’ said Rebecca ‘have you ever thought of that? How the hell do I know everything that goes on or was going on in your head? You were in a coma, for Christ’s sake.’ ‘You know more than you’re telling me; that much I know.’ said Victoria. ‘Then let it be so.’ said Rebecca. ‘You got better, we found each other again, just let it be.’ ‘I can’t.’ said Victoria. ‘I want to understand how it was possible; how you could do what you did. I just know that without you…..without you I would never have made it back.’ Rebecca was silent. She smiled at her beloved Victoria, but said nothing more. Whatever she knew, she would not tell her; not yet, and perhaps never. She would live to regret her silence every bit as much as Victoria would regret her words, but the power to foresee is in the end a mythical beast which lives and breathes only in our imagination. ‘You know what they are saying, don’t you?’ said Victoria, after a few moments of silence had elapsed. ‘What are they saying?’ said Rebecca. ‘They say that….they say that you are a witch.’ Rebecca choked on her tea. ‘Do they?’ she said, when she had recovered herself sufficiently. ‘Do they indeed? I wonder what I did to give them that impression. Maybe I left my broomstick lying around; how silly of me. Anyway who are ‘they’, who know so much about me?’ ‘Oh I don’t know, just people. Damn it Bex, is there anything that you’re not telling me; I mean anything really important?’ ‘No, sweetheart’ said Rebecca ‘There’s nothing, really. There’s nothing that I can tell you. We found each other and we love each other, that’s what really matters, isn’t it?’ ‘Of course.’ said Victoria ‘Of course it is. You do drive me crazy though.’ ‘T’was ever thus, was it not?’ Said Rebecca ‘Now stop worrying about it, it’s too hot to consider such matters anyway. I wonder if it’s cooler upstairs.’ ‘You want to find out?’ said Victoria. ‘That’s better.’ said Rebecca ‘You look better when you smile.’

Book III of the series of 'Ordinary People' follows the mixed fortunes of our already established characters, from the financial affairs of Lord and Lady Tillington to the performance of the village cricket team. In this part of our saga, Daphne will form an unlikely alliance, as will Will Tucker and Victoria; an alliance which leads them to a most terrible discovery in Victoria's quest to further understand the past life of her beloved Rebecca. Meadow will also make a discovery of a most fundamental nature; something which has been close to her but which she has not seen, and Percival delves deeper into matters which he had perhaps better have left well alone. For there are dark forces at work, and slowly these forces come to bear on the residents of the seemingly quiet village of Middlewapping.