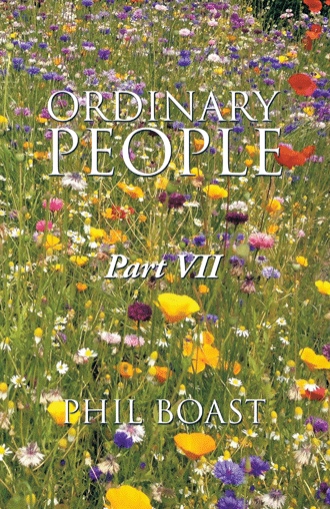 Here then is Part VII of the continuing story of the lives of the people who live on and around the village Green in Middlewapping, most of whom will be familiar to anyone who has read the first six parts of the saga. In this part of our tale, Percival goes on a river - journey through the jungles of Borneo, from which he is determined not to return until he has reached resolution to certain aspects of his life. On his return, however, he discovers that Keith and Meadow have made the fulfillment of this resolution rather more complicated, and he is forced to reconsider, at least in the short term. For now Sophia, the young witch, has entered the arena of village life. Sophia has been set a very specific task by the sisterhood of healers; she is to wait for the return of Rebecca, who is suspected of carrying out the most heinous of crimes. As we will see, however, Sophia is not the only person who is awaiting Rebecca's return, for a new and far more evil menace has emerged, of which nobody was aware, and Sophia ultimately finds herself with a most difficult dilemma; should she damn Rebecca, or should she try to save her, even if she must lie to the sisterhood in order to do so? Sophia is in a sense also the link to the historical part of our drama, for we return also to the 17th century, when the islands of Great Britain are on the brink of civil war. And here we meet again Jacob Cleves, who's family becomes embroiled in this most terrible conflict. His sons are sent to fight, and he must take drastic action to try to save himself and his wife and children. Here also we encounter once again Edward Tillington, the third Lord of that line, who is so wracked with uncertainty regarding his past that he turns to his god to prove his birthright to him once and for all, and in doing so he risks everything on one sea - voyage, which will make his fortune, or break him. Back in the present day, Ashley Spears, the once accomplished and highly revered rock musician, receives a visitor from his own very particular past, who wishes him to take up his guitar once more and perform on the world - stage. Ashley rejects the notion out of hand, but somebody close to him has other ideas, and he is forced to resolve his own particular dilemma. We encounter here other characters whom we have met before; Reginald hatches a plan to make a love - match of a very particular nature, but he must, if he can, keep the matter a secret even from his closest friends. And in the end, Victoria Tillington receives news which will make her see her own future, and the future of her son, Henry, in an entirely new light. But ever do past deeds and events come to influence the lives of these modern people, and ever are they haunted the ghosts of those who have come before them.

This is the seventh book in the series of novels which comprise the saga which is ‘Ordinary People’, a tale of the lives and loves of the people who live in and around a village Green in the small, fictional English village of Middlewapping, somewhere in the south of England. Most of the characters in the book will be familiar to those who have read the first six parts of the saga, and here we see how their lives go on in the face of new and challenging circumstance. As with previous parts of the story, there is a link to the past, and the present day story runs in parallel with events which occurred in the 17th century, which profoundly effect our modern - day characters. In the historical part of our tale, England is in the throes of civil - war, and certain of those who now live around the village Green face a danger of a quite different nature, the roots of which go back into the mists of uncertain time. Here we encounter death, and new life, a dark legacy from the past, and new hope for the future.

Phil Boast was born and raised in the south of England, the setting for the series of novels which comprise the saga of Ordinary People. He now lives in a small fishing village in Sulawesi, Indonesia, where, with his partner Paula, he owns and runs a guest house for scuba divers and naturalists. His first published writing was an autobiographical work about life in Indonesia, after which he one day sat down to pen the opening words to Ordinary People, now an ongoing tale about life in a small English village, which currently consists of seven books, and the story continues.