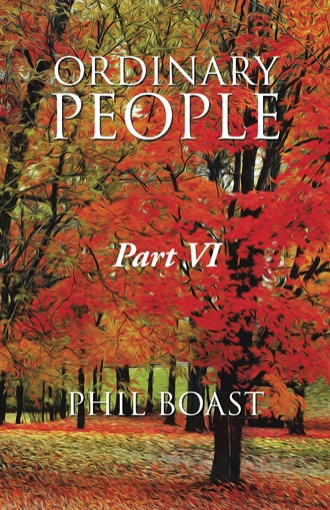 So here then is the sixth part of our story, which takes us on a journey. Partly, this is a journey through time, beginning on the first day of the year 1500, where a wedding is taking place, and it is this journey that Victoria Tillington must make if she is to discover the secrets of her family’s history. In large part, this book is about connections and frustration in her attempts at finding these connections, leading the daughter of the lord and lady to seek help from those who have always known, at least in part, how everything came to be. First, however, she must decipher the enigmatic words of the high priestess of the coven of healers, the most powerful white witch of them all; one clue is all that she has, and it is a clue that she does not understand. Keith attempts to bring forth his innate musical ability while overcoming his own anxieties, and in this regard, he receives help from close at hand and from a place where he might least have expected it. Emily receives a gift that, although given in all innocence, brings to the fore memories and past feelings that she thought were buried but were not, it seems, buried as deeply as she had supposed. Percival tries to come to terms with the love of a particular woman in all of its perversity and complexity but finds that there are further complications to the affairs of his heart for now there is the love of two women for him to contemplate. And here again we meet Rebecca, who so wishes to lead a life more ordinary, but a devastating occurrence seems to leave her with no choice but to once again seek vengeance against those who have apparently so wronged her and her own family, but who really is the enemy? The search for the answer to this question leads her to a confrontation, one that she would not have imagined, and which only one person will survive. At the forefront of the historical element of this part of our tale are Edward and Anne Tillington, brother and sister who receive news from a mysterious visitor, which sets them on their own particular journey. On this journey they carry with them a lie which has not yet been told, but must be told soon enough if they are to tell it, and one day to none other than Elizabeth I, the Queen of England herself.

Phil Boast was born and lived his formative and early middle years in the South of England before moving to Sulawesi, Indonesia, a little over ten years ago. Here he built and now runs a tourist lodge, mostly for scuba divers. His entry into the literary world was via an autobiographical work written with his partner, Paula, entitled “Bahowo Lodge: An Indonesian Affair,” which gives an account of their first years in Indonesia after which Phil got the writing bug, sat down one day, and wrote the first words of “Ordinary People.” Living away from one’s native country can give a different perspective, and while all the characters encountered in the books are fictional, he has drawn inspiration from the people and the way of life that he had known or observed in his early life. Having completed parts one and two of “Ordinary People” in which the reader is introduced to the main characters in the saga, and while each of the books is self-contained, he found that the people still had more to do and say and at the time of writing, there are four published books in the series—and part five is a work in progress. After all, when is a story really finished?