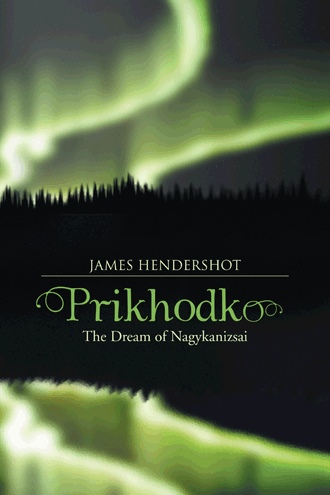 This story begins when my life started to change and my beasts started appearing. As I am trying to wiggle into a comfortable position on a rather limber tree branch, I move my leg and the leaves rattle as my mother looks at me with her stern face. I wonder if she could make it on this branch without falling. I do not think I will take the chance because she is a good mother. Daddy is not with us anymore. He was trying to catch a big animal, mommy calls them bears, and he had a boo boo. That prevented him from being able to run and the bad things or beasts, is what mom calls them, got him. She has taken care of Mosyakov, my younger sister and I forever. She is strong woman, as every time we run she carries Mosyakov while hold tight to my hand. I sometimes do not even feel my feet touching the ground as we go so fast. She tries to keep us away from everyone, because she says the only thing men, whatever that is, bring with them is stuff to make babies. Then as dust started to blow out of this big empty pit a voice spoke saying, “Death is never slow in wanting, but overburdened with so many. I shall take you now.” Mommy stood up looking strong and said, “You may not take us for inside us is a gift of life that was not given by you.” The voice then rumbled, “I am the great Fata Verde and I take all who come to me.” Then I said, “We did not come to you, you came to us.” Fata Verde then said in anger, “I come to know one.” He now reached out grabbing the three of us with his so many hands and pulled us inside. When he got us inside his hands grew weak and as Fata Verde dropped us, he began to scream in anger, “Why did you bite me?” Mommy spoke back, “We did not bite you however truth bit you for taking those who are innocent.” He then screamed in raging anger as his attempts to grab us failed. We did not know why he could not grab us nevertheless, we were glad. Mommy now told us to follow her as she ran for the entrance. We pushed our way to it through a crushing wind that wanted to keep us in this hole. As we almost made it to the entrance, the wind tripled in its speed and through us back against the invisible wall that separated us from Fata Verde. This tall green-eyed scared face of death once again laughed saying, “You cannot leave me, and I cannot take you. Fear not for I can wait until you become weak with old age and then torture you without mercy for my time that you wasted. It would be so much better for you to surrender to me now and join your friends with me.” I told him, “We have no friends with you.” Fata Verde then laughed saying to someone standing by him in the dark, “I told you she had already forgotten you, for those who fight death are foolish and care not for their friends.” Then I heard a voice that was so familiar to me say, “She would not forget me, for I gave my life trying to find her.” I then ? I have never met a man who works so hard to protect me, and whose love I can feel. Our souls are united. I can feel the air that he breaths into me as my breath. Do you know whom I can talk to about this?” Kisrozvágy answers me saying, “My child, these events were recorded at the beginning of time. We can do nothing to change that which will be.” I ask, “Then how can my daughter make so many changes?” Kisrozvágy answers, “Prikhodko, her deeds were written and recorded at the beginning of time. Her deeds are what we hold onto, knowing that someday we shall join her in another dimension and live with the saints. This is the way of things.” I then ask her, “Who will the father be if it is not the man that I am bound with?” Kisrozvágy answers, “That mystery has not been revealed to us. We cannot see it or know it.” I then began to cry. I cried so much that I flooded my dream and came back to this real world. I so hate to say the real world for I do not know if it is real. Maybe I should say my daytime world. cried out, “Gyáli, is that you? They then said to me, “You have been found guilty of giving the chosen one to the dark forces, thus you shall be erased from history and be no more. You shall never see your daughter nor will she ever know of you.” I then asked them, “How can you be so filled with injustice?” They then said, “As easily as you lay with the dark and try to curse the light. You are no more.” With their words I felt myself being divided into millions of small particles that could never be united again.” I had given birth to Lilith. I was not able to save my son or my daughter from the dark. For I am but particles spread unto all parts of the universe as these particles are being absorbed into so many other things, such as rocks, dust. “None who travel time will ever know of me, except through this lost book recorded by Salko and Mosyakov. I am no more, nor was I ever, nor can I ever be.”

Grip yourself as you discover Prikhodko’s story about her quest to find love, and a dreamland to the cold north. Her mother, a widow fights for every inch along her bloody road while raising her two daughters. Beasts on horses raid the savages’ lands, cannibalizing their captured prey. Salko (the widow) defies all odds by keeping her family together. One morning she awakes and decides to chase the dream of her grandmother. They now discover that the beasts are not the only dangers on Lamenta. Death demands a high price for this dream quest as they to no avail try to squeeze past its hellish grip. Prikhodko finds love and tears many times. Her mission includes destroying many evil races that live in the underworlds. Her dream captures and destroys all her loves until she escapes her dreams bloody cage. She finds herself in so many different places, including Sharyawn, the next planet in their solar system. Prikhodko holds one great secret, that being the future divinity of her daughter (the Chosen One) who will someday rule more galaxies then Lamenta has grains of sands. Her daughter’s first throne will rule over demons as their Queen. She eventually escapes and creates the greatest empire of love and peace throughout the remainder of this series. How can we not know about the millions of galaxies and different dimensions? Life does exist as so many great Empires exist and evolve. Some are from the light of good, while others are from the dark of evil. There shall come forth the chosen one. This first book shares the birth of the chosen one's mother, and her tribulations as the powers of the lights and powers of the dark fight so hard to capture the chosen one, who shall first be the queen of evil and then fight her way back into the light to be the Queen of Queens of light. prikHodko loses all to find her dream, only to have it taken from her.

James Hendershot, D.D. was born on July 12, 1957, living in old wooden houses with no running water until his father obtained work with a construction company that built Interstate 77 from Cleveland, Ohio to Marietta Ohio. He made friends in each of the new towns that his family moved to during this time. The family finally settled in Caldwell, Ohio where he eventually attended a school for auto mechanics. Being of lover of parties more than study, he graduated at the bottom of his class. After barely graduating, he served four years in the Air Force and graduated Magna Cum Laude, with three majors from the prestigious Marietta College. He then served until retirement in the US Army during which time he obtained his Masters of Science degree from Central Michigan University and his third degree in Computer Programing from Central Texas College. His final degree was the honorary degree of Doctors of Divinity from Kingsway Bible College, which provided him with keen insight into the divine nature of man. After retiring from the US Army, he accepted a visiting professor position with Korea University in Seoul, South Korea. Upon returning to a small hometown close to his mother’s childhood home, he served as a personnel director for Kollar Enterprises. Eleven years later, he moved to a suburb of Seattle to finish his life long search for Mempire and the goddess Lilith, only to find them in his fingers and not with his eyes. It is now time for Earth to learn about the great mysteries not only deep in our universe but also in the universes or dimensions beyond. Listen to his fingers as they are sharing these mysteries with you.