Life in the Light 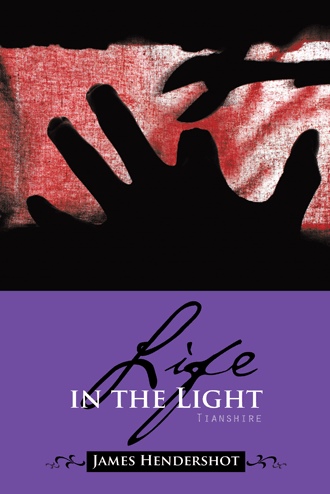 As the ages pass, life in this solar system moves to New Venus, reformed to support life. A son of Eve is disobedient, then exiled to a distant part of the world, where he marries Rubina who eventually has him executed, as only two of their many children are able to escape to a nearby hostile land. Rubina attempts to become one with the demons, sacrificing all she can to appease her demons. She strives hard to capture her daughter Tianshire, and bring her home. Tianshire travels throughout the black lands to learn from her older brother Oi. Escaping many dangers and visions, she must now survive without her brother. Something compels her to return to Rubina’a Empire and discover her native lands and people. She soon discovers this to be a mistake, as she barely survives five years of shameful, agonizing, and miserable tortures. Finally, at the brink of death, her guards elect to save her. They risk not only their lives, but also the lives of their families who would be viscously destroyed if left behind. After barely avoiding the armies who seek them, they find and ancient tunnel filled with futuristic technology. Tianshire now fulfills her destiny, which is to rule this continent.

James Hendershot, D.D. was born in Marietta Ohio, finally settling in Caldwell, Ohio where he eventually graduated from high school. After graduating, he served four years in the Air Force and graduated, Magna Cum Laude, with three majors from the prestigious Marietta College. He then served until retirement in the US Army during which time he obtained his Masters of Science degree from Central Michigan University in Public Administration, and his third degree in Computer Programing from Central Texas College. His final degree was the honorary degree of Doctor of Divinity from Kingsway Bible College, which provided him with keen insight into the divine nature of man. After retiring from the US Army, he accepted a visiting professor position with Korea University in Seoul, South Korea. He later moved to a suburb outside Seattle to finish his lifelong search for Mempire and the goddess Lilith, only to find them in his fingers and not with his eyes. It is now time for Earth to learn about the great mysteries not only deep in our universe but also in the dimensions beyond sharing these magnanimities with you.