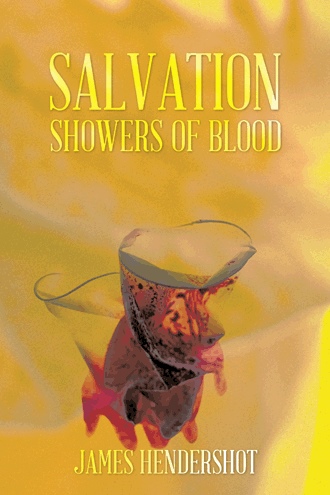 Then a voice flowed from the objects around her as she copied Iris with a stern strong face. She said, “I am the Queen of a mighty evil empire with many more galaxies than yours. I am called Queen of Pain and Torture Rødkærsbro. I have come today to capture and destroy your sick weak empire of love and good. As we now scramble below your dimension, I shall build another great army and we shall fight again someday. The Queen of Pain and Torture Rødkærsbro shall consume all who worship you and you shall beg me each day to free you from your pain so you may worship me. Enjoy your short future for I promise we shall fight again another day.” This left an eerie feeling among those in my galaxy. Iris now had all our armies firing “Lilith diodes style two” into the vortex. This brand of diode would attach itself to a host deep into the vortex and when the host arrives at their home planet will multiply by attaching and reproducing in any life form that it can find. It would study the planet and spread out in such a manner as to get 100% coverage and then mass detonate killing all demons on that planet. If it meets another style two diodes, it will launch itself into space and find another planet. She hopes to give a devastating mysterious blow to our enemies on their home turf. I am so amazed how she was able to coordinate the invention and production, of these diodes while fighting an enemy with an army greater than ours. She was able to keep them bottlenecked at the portals exit and thus not only hit the ones trying to get out but also with her top army fired deep inside destroying armies who could not retreat or see to fight back. With this last for show only weak hologram now vanished and the portal closed, this battle was over however the Rødkærsbro War had just began. This war will need the strongest commander with the greatest army ever known to all in this universe are now prey for this misery seeking demon. The Rødkærsbro War will most likely be a pop and drop guerilla style war with no front lines. Our Empire must now be alert to any deviation and in all things be able to fight with all our might. We will add to our sensors in deep space and everywhere in our Empire our mobilization sensors. These will allow us to put our armies anywhere in an instant. Iris has been here only for a few hours and already saved our empire. I thank my master for my wisdom in forgiving her and bringing her into our family of love. I can see that she wants this also, so I will dedicate some special time for her and me. I must convince her that my love is sincere and has her best interests in mind. I will get the entire Royal Deities Sanctuary. They will come through for me. First, I must return to my throne and give another speech. Can you believe that I have spent all my time on the throne since introducing Atlantis? I so hope that none of my other daughters ever gets lost. Iris returns and asks to meet me in our queen’s waiting room. We now walk from the throne to the Queen’s waiting room as I hold the entrance allowing her to walk in ahead of me. Many of the courts were wondering if I would permit her in the most sacred waiting room. She is our warrior and as I followed her in, I immediately fell to my knees worshiping her. She leaned over, kissed the top of my head, and then asked me to sit on our special practice throne. I do hope someday to be able to practice a speech before giving it. Iris stand by the closed door staying tuned to the rhythms of our universe while talking with me. She begins by asking me, “Why were you worshiping me? Should I not be the one worshiping you, as you are the master’s number one servant and a member of the Council of Nykøbing Mors? I can think of no greater god.” I told her, “Remember I told you that I would only allow you in your empire if you let me worship you? I also have another very special request.” Iris then asks, “What special request do you have?” I then nervously asked her, “That you would let me worship your body and drink your wine.” Iris tells me, “I have never given wine to another male or female, yet if you want this of me I shall very shyly submit myself to you.” I then told her, “Tonight you will join me in the master’s bed and I shall reward you with all my heart. You are a dream come true as you have only been here for a few hours and you have defeated an attack against Rødkærsbro. During the battle, you invented new weapons that worked so effectively. You stood in front of all, which I shall never allow you to do again without the special army that my spirits are now creating. For only you can see this massive guard force as they will protect you and have special weapons to give you an extra immediate front line punch. I shall never allow you to be unprotected in another battle, even though I know you might probably survive. Iris, I can lose this empire and win it back in war, however I cannot lose you. I hope you understand the depth and sincerity of my love for you. You shall know after I worship your soul tonight. I hope you can forgive me for being as weak as not want an empire without you. With you, we have hope. Without you, we have nothing.

Lilith returns to reclaim her fresh throne, discovering that the god Bogovi has rebuilt a modern throne for them to rule their Empire, as they are still fighting Evil. Lilith promotes her sisters to goddesses and builds a special sanctuary for their transcendent relationships. As she settles in with her master, the dimensional throne recalls Bogovi for his spiritual testing. Lilith now concentrates on discovering the mysterious history of one of her goddesses, searching the hidden sea of Wisdom where she discovers an Empire changing truth. She must currently go back and free her last remaining daughter from the clutches of evil, starts the long hard War to liberate, and relocate Atlantis. Being charged with breaking inter-dimensional laws, her allies join the court hoping to free her from an eternity of damnation. She now faces portal warfare, which allows evil to enter anywhere at will. Using her new goddess of war, Iris, who commands the great armies’ victory soon, is reunited with Lilith’s Empire. As her previous dimension decays, Eve and Lablonta join Lilith’s Empire rebuilding hope and faith for all. Bogovi completes his penance as the Empire now concentrates on providing 1,000’s of more galaxies freedom and love.

James Hendershot, D.D. was born on July 12, 1957, living in old wooden houses with no running water until his father obtained work with a construction company that built Interstate 77 from Cleveland, Ohio to Marietta Ohio. He made friends in each of the new towns that his family moved to during this time. The family finally settled in Caldwell, Ohio where he eventually attended a school for auto mechanics. Being of the lover of parties more than study, he graduated at the bottom of his class. After barely graduating, he served four years in the Air Force and graduated Magna Cum Laude, with three majors from the prestigious Marietta College. He then served until retirement in the US Army during which time he obtained his Masters of Science degree from Central Michigan University and his third degree in Computer Programing from Central Texas College. His final degree was the honorary degree of Doctors of Divinity from Kingsway Bible College, which provided him with keen insight into the divine nature of man. After retiring from the US Army, he accepted a visiting professor position with Korea University in Seoul, South Korea. Upon returning to a small hometown close to his mother’s childhood home, he served as a personnel director for Kollar Enterprises. Eleven years later, he moved to a suburb of Seattle to finish his life-long search for Mempire and the goddess Lilith, only to find them in his fingers and not with his eyes. It is now time for Earth to learn about the great mysteries not only deep in our universe but also in the universes or dimensions beyond. Listen to his fingers as they are sharing these mysteries with you.