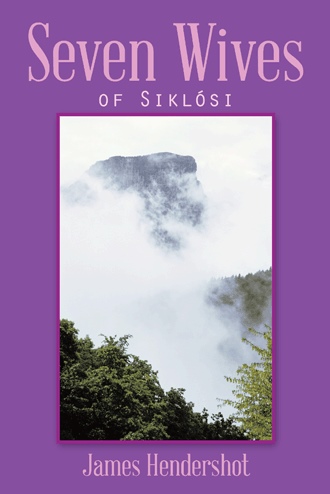 I am one who was called Siklósi, and my story of the sky people started long ago with my grandfather. He was a man created in his world and loved every chance he found to go around the next bend for a new adventure. I remember spending my childhood in his lap listening to all his amazing tales, and then following my father to an unknown adventure. Our time was here, somewhere just ripe for the search and going where our hearts could take us. Not one had ever stopped us, nor did we evermore plan to give them an opportunity. We lie on the ground each night and let the white dots in the sky give us light. Grandfather lived in the Hatvani Mountains, as did all his ancestors. The Hatvani Mountains provided a western border for the entire world that we know of during his lifetime. He never went over the peaks because our legends told about a race of giants that we called the Sensenites. Most were nine feet tall, while a few went as high as ten feet high. He warned me not to walk on their lands. They desired to live alone and harm only those who injured them. We needed them to protect against the 'killers of the seas.' My grandfather would take me with him on his pilgrimages to his native homes. My father always consented; nevertheless, he seldom joined us. He stayed with his family and kept our food stores complete. On a warm summer morning, as the suns were still asleep, Grandpa came running to our tent and said, “Siklósi, today we shall travel the Baktalórántházai.” Baktalórántházai was Grandpa's favorite place. I still have nightmares about that place, as I believe it is too close to the heavens and thereby not a place for me. I wanted to live on the sea where waves of water kept the sea's secrets until they were on you. I craved the mysteries that would lie beneath me, and the thrill of seeing a giant sea beast shooting out of the water. My father took me a few times; however, he would stay close to the shore fearing the dangers that had been told in recent tales. They told of tribes of fear and the demons who appeared as women who lived in the sea of death. We were fortunate, as a land was between our shores and the sea of death, thereby few of these demons had ever bothered us. I wanted to be the one who discovered these tales and give a thrashing to them. Nevertheless, with what fighting force I currently had, the only rout I could give them would be a slight distaste in their mouths, as they would add me to their dinner. Those days were far from now; the mystery for my near future was with my Grandpa. I feel as if he is adding to the thrill of this trip by telling me about a recent dream that he had. He dreamed that the face of the land just before Baktalórántházai had changed and that new people now cut his sacred trees. I asked him, “Did you see anything of these people?” He answered, “No Siklósi; however, they did wear strange skins on their bodies, and these skins have been created from beasts whom, we have never seen. They are very brave people." I ask him, “Grandpa Ráckevei, how do you know they are brave?” He told me, “Grandson, they walk without spears or bows.” I told him, “You must have been drinking Radice Root in secret.” He would normally drink the Radice Root and sing strange mountain songs to us. This time, he must have grown tired too fast and fell into his sleep. In his defense, I had yet to catch him in a lie, so I must give his vision at least the acknowledgement of the truth, as he perceives it. I asked Grandpa if I could bring my two mating candidates. He frowned, who my two grandmas, Grandma Kapuvári, and Grandma Филипов (Filipov) urged him to approve this request, as they argued, “How can Siklósi select his two wives if we do not give them mysteries seeking time together.” Grandpa asked, “Филипов, what do you mean by mystery time?” She replied, “The time when they work together on something unknown.” I gave my Grandpa a gloomy and disappointed look as if he had been defeated by sadness. After all, Grandpa took us to Тамаркин (Tamarkin) to find our potential mates. He only selected one, who was from the Land of Aszódi; nevertheless, the time when they captured Kapuvári was there last. The Aszódi set up ambushes to catch these daughters' thieves. It was our custom to raid other lands and bring back our brides. We worked hard to make them a part of our family; notwithstanding, we expected them to conform to their new role and to be loyal to our tribes. Therefore, we gave them two years to prove to us. If they failed, we returned them to the sea. Those who were proven loyal became our wives and bore our children. We needed two wives so our numbers would multiply. We needed numbers to form our defenses if invaded. A large ship of horrible beasts who devoured those they captured had only invaded us once. They were from the colossal lands on the other side of this world. We could defeat them, and free those who were captured. We permitted these captives to return to the Land of Aszódi and Тамаркин (Tamarkin). Our mothers were successful in recruiting about half the Тамаркин Women to stay, noting that we did treat them with honor and respect. The ship of the beasts could escape from us, with only a skeleton crew. They have yet to return; nevertheless, Grandpa claims they will return.

Siklósi, who spent his childhood following his Grandpa, finds himself crippled with nervousness before these two Tamarkins, a race of golden-haired Amazon women that his family kidnapped for him to marry. Siklósi's introversion towards them turns into a challenge for these two Tamarkins, who finally set the trap to force him into marriage. However, something goes wrong and this relationship explodes into a love that merged them into a lifetime bond. Needing Grandpa's approval for an early marriage, they follow him to his favorite mountains. The three young lovers find their love being too much to control. Their adventure whirls them into the mysteries of love. Thereafter, Gyöngyösi the Connubial Angel, who has waited for all Siklósi's life to marry him, rescues them. Khigir overpowered by love opens her marriage and invites this angel she loves so much to join them. Next, they find another beauty hidden in a sky bride who also begs to join them. She turns out to be the single Queen of the largest kingdom in their peninsula. The adventure continues as they add on three more species, one a sky dancer, one a bear woman shifter, and the last a five-inch female Robin Hood. Afterwards, all seven successfully expecting, devote themselves to their perfect love.

James Hendershot, D.D. was born in Marietta Ohio, finally settling in Caldwell, Ohio where he eventually graduated from high school. After graduating, he served four years in the Air Force and graduated, Magna Cum Laude, with three majors from the prestigious Marietta College. He then served until retirement in the US Army during which time he obtained his Masters of Science degree from Central Michigan University in Public Administration, and his third degree in Computer Programing from Central Texas College. His final degree was the honorary degree of Doctor of Divinity from Kingsway Bible College, which provided him with keen insight into the divine nature of man. After retiring from the US Army, he accepted a visiting professor position with Korea University in Seoul, South Korea. He later moved to a suburb outside Seattle to finish his lifelong search for Mempire and the goddess Lilith, only to find them in his fingers and not with his eyes. It is now time for Earth to learn about the great mysteries not only deep in our universe but also in the dimensions beyond sharing these magnanimities with you.