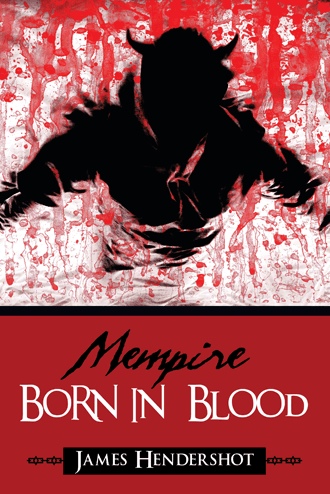 The planters from long ago planted people on planets throughout the universes. This story explodes on the planet Lamenta as it develops. Things go wrong, as a string of evil queens push the power of women too far, stripping everything from the useless males they keep only for procreation, and harvesting their needed prey. This evil had to be stopped. Out of this evil empire did come one of their future royal whites to organize and build armies from the savages that the Hersonian Empire were harvesting. The planet then became a sponge holding rivers of blood. After the ashes started to settle, the evil queen emerges out of the unknown to destroy the queen of love and great purity. This sends the king on a giant exploration adventure covering the planet. On this trip, he finds a new love and gives Mempire a new queen. Evil refuses to give up on Lamenta as the future queen of evil; Lilith, almost makes all life on Lamenta extinct. Space dog gives King James the ability to fight this evil and with time, life begins to reproduce again. Yet during his travels, Lilith captures his seed to create his child to have as a tool to cripple Mempire. The spirits of the heavens intervene as they allow Mempire’s dead queen to reach her hand out and save this child, hiding her spirit in a new child. Mempire continues to provide its citizens an environment to build their new families. Yet, dangers continue as their queen from the grave warns as Mempire continues to battle evil. King James and his royal whites lay a solid foundation for an empire that would grow into one of the greatest in the Milky Way as many of the stars in your sky belong to this great power of good.