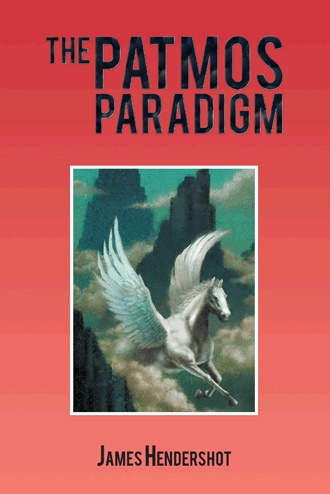 One hundred billion years in the future, another empire discovers the Patmos, which is the complete history of humanity, good and bad. Upon the private viewing, the resident gods declare it too dangerous. The Patmos has within it material that, when viewed, could release the Knowledge of Evil, a concept that could, like a virus, destroy their universe. Likewise, this small Patmos ball is composed of complete atoms, as they could destroy millions of stars. Their governing council sends the Patmos through a series of wormholes to other dimensions. They also call back all their giant space worlds, as ships are a far-distant memory, if another Patmos was somehow dispatched. Life in the Patmos witnessed the chosen earthlings and viewed the earth as it passed through the Great Tribulation, where humanity is rendered extinct. They survived World War III in which the Eagle, Dragon, and Bear die, allowing a silent monster to recreate an old empire and rule the world. He begins his genocide, sparing Israel, which he gives a nice new temple, only to betray them. His empire suffers through twenty-one judgments, which leaves those with his mark doomed as he loses both the physical and spiritual last war and gets a kick from the archangel Michael for the bottomless pit, as the journey for the victors is only beginning.

James Hendershot, DD, was born in Marietta, Ohio, finally settling in Caldwell, Ohio, where he eventually graduated from high school. After graduating, he served four years in the air force and graduated magna cum laude, with three majors from the area’s prestigious Marietta College. He then served until retirement in the US Army, during which time he obtained his master’s of science degree from Central Michigan University in public administration and his third degree in computer programming from Central Texas College. His final degree was the honorary degree of doctor of divinity from Kingsway Bible College, which provided him with keen insight into the divine nature of man. After retiring from the US Army, he accepted a visiting professor position with Korea University in Seoul, South Korea. He later moved into a suburb outside Seattle to finish his lifelong search for Mempire and the goddess Lilith, only to find them in his fingers and not with his eyes. It is now time for Earth to learn about the great mysteries not only deep in our universe but also in the dimensions beyond sharing these anonymities with you.