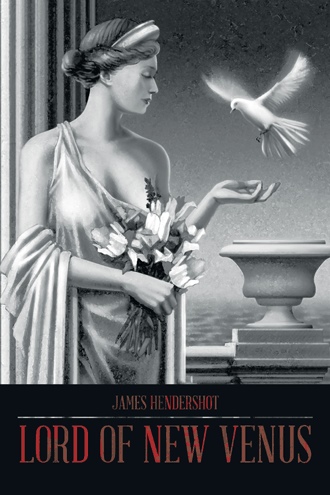 Lilith, the former Queen of the Evil Spirits, completed her penance on the old Earth and is now eagerly awaiting a chance to finish her first assignment for the King of Good. This god gives her a new planet named New Venus, ready to be settled by life. Events start turbulent and get even brutal. The first man, Job, and woman, Jezebel, both die, leaving a young daughter called Eve to be the mother of, yet again, another world. The Lord eventually takes a rib from Eve and creates Aman, hoping to ward off the catastrophe that destroyed Eve’s first world, Earth. Unfortunately, Lilith’s past comes back to haunt her and wars, not only with evil empires but also with gods from other realities, spill blood throughout war-torn New Venus. Belcher, son of Eve, is cast from the garden and, being cursed, must struggle to celebrate his life, unknowingly marries the mother of evil, Rubina who gives him many children, most evil, yet two defy all odds and become great saints. Her daughter, Tianshire, saves New Venus from her clutches. Nevertheless, another of Eve’s sons, Dawedu, in anger takes his wife and many followers from Eden because the Lord appointed his nephew the leader of the Garden when his father passed away. Dawedu, after wrongly killing his first wife, pulls New Venus into the divesting realm of a goddess from another reality, forcing heaven to fight the greatest battle, trying to save our universe.

James Hendershot, DD, was born on July 12, 1957, living in old wooden houses with no running water until his father obtained work with a construction company that built Interstate 77 from Cleveland, Ohio, to Marietta Ohio. He made friends in each of the new towns that his family moved to during this time. The family eventually settled in Caldwell, Ohio, where he eventually attended a school for auto mechanics. Being a lover of parties more than study, he graduated at the bottom of his class. After barely graduating, he served four years in the Air Force and graduated magna cum laude, with three majors from the prestigious Marietta College. He then served until retirement in the US Army, during which time he obtained his master of science degree from Central Michigan University and his third degree in computer programming from Central Texas College. His final degree was the honorary degree of doctor of divinity from Kingsway Bible College, which provided him with keen insight into the divine nature of man. After retiring from the US Army, he accepted a visiting-professor position with Korea University in Seoul, South Korea. Upon returning to a small hometown close to his mother’s childhood home, he served as a personnel director for Kollar Enterprises. Eleven years later, he moved to a suburb of Seattle to finish his lifelong search for Mempire and the goddess Lilith, only to find them in his fingers and not with his eyes. It is now time for Earth to learn about the great mysteries not only deep in our universe but also in the universes or dimensions beyond. Listen to his fingers as they are sharing these mysteries with you.