Hell of the Harvey 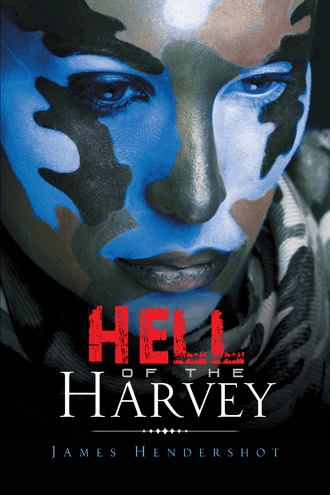 The great Empire, which now rules over two million galaxies, faces its first internal civil war, as two special solar systems fall under the influence of Demons of Mezokovácsházi. They challenge the Throne’s new laws against separation. The Harvey refused to leave the worlds they received when the Empire first formed. Believing that history has proven all wish them genocide, they follow their new false leader, Báránd who meets an unexpected adversary. Acsa, a Harvey university student makes a pen pal from the planet Gorbachyov, who is of Stuart's ancestry. The Harvey goddess Siusan unites them, allowing their bond to cement. They hold hands to show their unity. Báránd discovers this and demands that they appear before Harvey court for execution. Harvey law declares that no Harvey may touch a nonHarvey. Siusan prepares young Acsa and her Gorbachyov friend Golubev for a special war in which they will attempt to save as many Harvey from the Master’s ensuing great wrath as possible. For salvation, they must declare their allegiance to the throne. Those who save themselves will be integrated into new worlds throughout all the Empire’s galaxies and live as equals. They train diligently and suffer through many challenges until her calling is finished.

James Hendershot, D.D. was born in Marietta Ohio, finally settling in Caldwell, Ohio where he eventually graduated from high school. After graduating, he served four years in the Air Force and graduated, Magna Cum Laude, with three majors from the prestigious Marietta College. He then served until retirement in the US Army during which time he earned his Masters of Science degree from Central Michigan University in Public Administration, and his third degree in Computer Programing from Central Texas College. His final degree was the honorary degree of Doctor of Divinity from Kingsway Bible College, which provided him with keen insight into the divine nature of man. After retiring from the US Army, he accepted a visiting professor position with Korea University in Seoul, South Korea. He later moved to a suburb outside Seattle to finish his lifelong search for Mempire and the goddess Lilith, only to find them in his fingers and not with his eyes. It is now time for Earth to learn about the great mysteries not only deep in our universe but also in the dimensions beyond sharing these magnanimities with you.