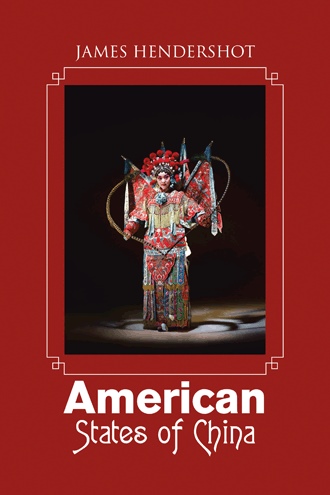 The failing United States falls into financial ruin as inflation and unemployment rip at her very fibers. Politicians profited from huge brides as they sold America to the world. China’s Yuan replaces the dollar as the world currency. Nations refuse to trade with the weak United States. China, who holds so much American debt, faces the terror the United States may default. When Washington closes shop, they leave the States open to world plunder. China who already has in place seven million of its citizens working in hidden under the radar factories mobilizes a little Army of two million soldiers to replace the decaying American Military, who had fallen into destruction over massive budget cuts, to stabilize a continent that was on the verge of mass looting and riots. This story follows an Arkansas family from a small town. An unstable high school boy falls insanely infatuated with his beautiful neighbor, who is in love with another of her classmates. They end up in trouble with the authorities, and through intensive court battles, the violent Mitch is sent to a mental institution. Fearing his revenge upon his release in a few years, Cindy runs away with George and his older sisters. These hillbilly kids stumble on a bus packed with Chinese servants being sent to their work. They discover a scared Chinese servant girl who agrees to join them in their escape. This activates not only the corrupt American legal authorities but also the Chinese mafia as the nation seeks to execute them. They find sanctuary in the freezing mountains until being called back to society and an opportunity to meet their new nation, which evolved during their absence and now considered them heroes. Meanwhile, Mitch unleashes the three bloodiest terrorist attacks on Saint Louis and Memphis putting the stability of the modern union in jeopardy. The Chinese finally catch and execute him, leaving Cindy and her family to rebuilt security in this new world.

James Hendershot, D.D. was born in Marietta, Ohio, finally settling in Caldwell, Ohio, where he eventually graduated from high school. After graduating, he served four years in the Air Force and graduated magna cum laude, with three majors from the prestigious Marietta College. He then served until retirement in the US Army, during which time he earned his master’s of degree from Central Michigan University in Public Administration and his third degree in Computer Programming from Central Texas College. His final degree was the honorary degree of Doctor of Divinity from Kingsway Bible College, which provided him with keen insight into the divine nature of man. After retiring from the US Army, he accepted a visiting professor position with Korea University in Seoul, South Korea. He later moved to a suburb outside Seattle to finish his lifelong search for Mempire and the goddess Lilith, only to find them in his fingers and not with his eyes. It is now time for Earth to learn about the great mysteries not only deep in our universe but also in the dimensions beyond sharing these magnanimities with you.