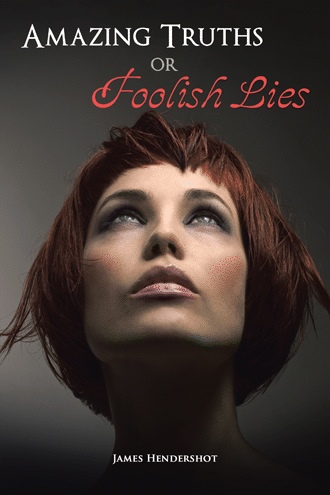 We live within a world where the lines between fiction and science fiction may not be as clearly defined as we once thought. Our religion reveals a spiritual realm, which we shudder to think about if forced. Can we communicate with the dead, or better yet are there ghosts? Can we try to deny ghosts, and other folklore? Is the foundation for a globalized New World Order in place? Are the Freemasons and Illuminati associated with the New World Order? You will be surprised to learn that many people, who you believed to be great, are setting you up for a future slaughter. Have we discovered pyramids in Alaska and the Antarctica? How do the Homo sapiens compare to the vast number of other human species? Is our government telling us the truth, or using us as modern slaves? Is our government now controlled by a select few who will do whatever it takes to get what they want? Where is the Garden of Eden? We will look at how sexual perversion has destroyed other civilizations before us. History is packed with curious stories that if you think about them, they might not be so weird after all. Is our Earth hollow, as the other planets throughout the universe? Could there be aliens living among us. Can we truly be the sole life through the vast universe? How much do we know about our Earth, and the short six-million years; humans have walked on the four point five billion years the Earth has existed? We will look at a few civilizations that existed prior to Atlantis and the reason they vanished. Which of these legends or encounters are amazing truths, and which ones are foolish lies?

James Hendershot, D.D., was born in Marietta, Ohio, and finally settled in Caldwell, Ohio, where he eventually graduated from high school. After graduating, he served four years in the Air Force and graduated magna cum laude with three majors from the prestigious Marietta College. He then served until retirement in the US Army, during which time he earned his master’s of science degree from Central Michigan University in public administration and his third degree in computer programming from Central Texas College. His final degree was the honorary degree of Doctor of Divinity from Kingsway Bible College, which provided him with keen insight into the divine nature of man. After retiring from the US Army, he accepted a visiting professor position with Korea University in Seoul, South Korea.