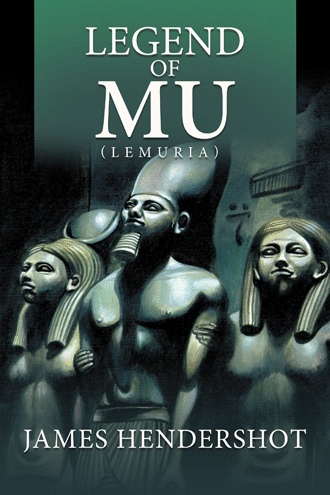 For dust thou art, and unto dust shalt thou return. Genesis A wise man makes his own decisions, an ignorant man follows the public opinion. Chinese Proverb Self-love and the love of the world constitute hell. Swedenborg (1688-1772) This is the story of my life, which was bowdlerized and condensed when those who paced our streets became perverted monsters. I am called Udalric. I live under the Duke of Tobijus, a large territory north of the Sun Mountains, which steeple above the southern coast of Lemuria. I hope I did not confuse you about where I live. The current King of Lemuria, whose name is of no value here, divides his lands appointing Dukes to govern them. Each land carries the name of their Duke, and with it power from the King. The Duke’s name appears on all public buildings. My family lives in a research science town of Tilo alongside the beautiful Lover’s River. We call it the Lover’s River because one of our Kings fell in love with a slave while sailing on this river. The prophets declared it was the will of our creators bring great joy to the King as he eagerly obeyed the prophets, helped put the peoples' blood in the royal blood, and began a special bond with his people. I searched my soul as best I could on how to tell my story of Lemuria, my home and world. This is the land where my ancestry established their roots and built their homes. We had our happy times and those times that created great challenges for us. We buried our dead, gave our daughters in marriage, and celebrated our holidays and mutual graduations. Nevertheless, where I sit at currently could exist no longer according to the holy ones. Several holy ones have boarded ships and floated off into the deep seas. We know where the other civilizations are from the traders who dock their ships in our harbors. The holy men are mocked and treated poorly. I like them, although I stay away from the temples for fear of my neighbors mocking me. Nevertheless, the priest Cyprien pleaded in secret for me to write this story, after which he would place it in a special container and when he left Lemuria. He discovered a secret entrance to the ancient tunnels and planned to exit our final destruction. The best method I know to reveal my life is to talk about my experiences as they come to my mind. Moreover, even though I am not overzealous in spiritual matters, I will trust they feed me enough so you can see and feel the wonderful world I am about to lose. I hear the door slide shut from our front entrance. It used to close smoothly, nevertheless, now it chugged along its tracks on this chilly windy night. It is not my older brother, father, or grandfather entering currently, but instead it is my mother returning and she is angry. Her eyes are red to match her face. She is yelling at her father-in-law, my grandfather furiously because she could barely find two egortic blankets in the markets. Usually, a woman would not play with the men in her family; nevertheless, our family bends the rules somewhat considering my mother’s strength has provided benefits throughout our family’s history. We are especially thankful to my mother (Cinzia) who is one of the dwindling few women who are holding on to the ways of Borko, the father of our spiritual ways. Additionally, my mother has been successful with my two sisters (Dagny and Edzia.) Borko was among the first elders to arrive in our great western wobbled circle-like continent. They came here almost 175,000 suns earlier. The scientist who studies the skies gives us one sun each time the Earth makes one circle around the sun. Our weather has been extra chilly this year, causing our holy men to warn that our end days are near. My mother went out tonight looking for Egortics because of the increasing cold, which are blankets made from animal skin, a practice we ceased many years ago. They have become popular again, because they represent a victory over death, or the killing of a beast. My mother wants them because she claims they can handle adverse weather conditions much better, especially the cattle hid. We talk frequently about leaving with Cyprien through the long underground passages to other lands far away when the final days arrive. Cyprien is my mother’s brother. I cannot claim him as a relative, since only my father’s family counts as relatives. Different families apply unlike rules for special occasions, by unlawful family customs with merely unofficial adaptations. My mother wants each of her five children to have cowhide pants and jacket, plus a large fury animal beast jacket to cover our cowhides. The names of my brothers are Edgus and Evron. I am the oldest son, and third child, because our sisters are older than we are. My father’s family teased my father endlessly when my mother gave him daughters the first two times. My mother regained her honor when her last three children were boys. My father later joked that he wanted to make the nannies for his sons first. Fortunately, for my sisters, our mother forbids any special treatment because of gender for her children. Subsequently, this rule turned out to benefit my brothers and me, forcing my father to be harder on my sisters, like he was with us. Even though our father was equal, or as close as possible, to each of us, although we each would claim he was harsher on them. Notwithstanding, the five of us resulted in children the even Cyprien approves, although not our goal, nevertheless, we are comfortable with our value systems and consider Cyprien’s approval as a pleasant added bonus.

A look into our mysterious past discovers the world that existed between Jupiter and Mars. A rogue galactic Empire destroyed a world known as Phaeton, likewise, erasing life from neighboring planets even striking the Earth’s moon. Jannic leads a group of citizens and slaves as they absconded their homeland just in time en route for the home planet of his lover Avigayl, Earth. Avigayl gains them access to this protected primitive planet. They surrendered all their great technology and through countless environmental disasters, pandemics, eventually created a pronounced Empire. Their people, known as the Lemurians were not able to defeat greed, love of evil, as these lovers of evil destroyed the holy ones removing any morel safeguards. The evil surpassed that of Sodom and Gomorra. Fortunately, approximately 80,000 years earlier, an aficionado of knowledge and peace solidified a relationship with representatives for many of the Empires that once walked the surface, but now enjoy the great rewards of the underworld. Gvidas’s pronounced accomplishments drove his King insane met a reward of public execution. Future generations carried on his beliefs until the end when evil destroyed an Empire on the verge of inter galactic travel. A small group escaped through underground tunnels built billions of years earlier and resettled in Europe. Through the journey, these people witnessed the sinking of Lemuria, visited a giant canyon in America enjoying items stored by aliens for future humans, through the deep underworld where they would strategically create many new settlements in Europe. As Algusians and would permit no other humanoids co-existence. They slowly killed or drove the Neanderthals from Europe and began their new lives as they progress to dominate the Earth. The question remains, will these children of Lemuria destroy this generation as they did their previous world.