The Women Who Demolished the 19th Century Mexican Slave Trade 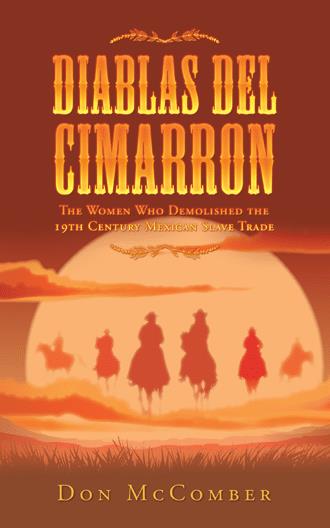 Doha pointed at the bow then at his chest as if he was challenging her to shoot him. She pulled the bow back and pointed the arrow at the Indian’s middle and held it. She never had any intention to shoot and Doha knew it. He didn’t know what to make of this white man with the face of a woman. He yelled at her to go ahead and shoot. But she would not. After several more taunts, she slowly walked over to him and handed him her hat and moved his arm so the hat was at arm’s length about shoulder high. Then she walked off about ten yards and turned. Doha got the picture that she was going to shoot her hat and he smiled at the strange man’s courage. He had never known a white man to be worth a damn with a bow. She walked off another ten yards and turned again to see the Indian smiling at her. So she decided to go out another ten and turned quickly and in a single motion launched an arrow. Before it had hit the hat another was launched, and another, and another. Pfssst, pfssst, pfssst, pfssst all four hit the hat and went on through sticking into the ground behind. Doha cheered the shots and all the other warriors picked up the cheer for a moment. Lydia then walked back to Doha and held out her hand. He looked into her piercing blue eyes and realized that she was indeed a woman and he didn’t know what to do, so he bowed slightly to show respect. As she was retrieving her arrows, he turned and mounted his horse and in a yell for his warriors to follow, was off in a cloud of dust. He turned and waved and shouted something back to Lydia. It was a proposition of friendship, but of course she couldn’t understand.

Three young women of entirely different backgrounds were thrown together by fate then demolished the Mexican slave trade for a decade. This fast moving, historically based novel with non-stop action and dramatic predicaments is captivating. It takes place on the prairies and in the river valleys of southwestern America of the 1820’s. The pioneer women that set out from Independence for the green valleys of the Pacific Coast had no idea they were targets for slavers bent on their abduction and subjugation into Mexican brothels, but they were. Our three heroines gave hundreds of those women another chance at life. It has conflict, violence, and death as well as tenderness, mercy, and love.