Death of All Life on Earth II

When the World Died, How We Survived 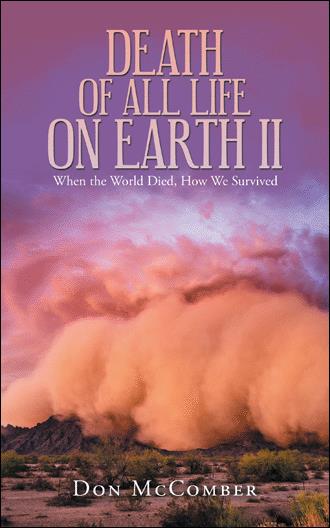 Shots erupted inside the culvert and the sound echoing from the inside made it sound like there were dozens of weapons firing. When Max got over to the crest of the road and looked down, he could see the three of them firing into the culvert. Bullets were flying so fast and ricocheting off the inside it was impossible to avoid being shot. Max instantly thought of his little brother in that hail of bullets and sat down with his elbows on his thighs and started firing. One shot at a time. “Bam… Bam… Bam.” Three shots and three hits; the three men were all down. He could hear little Keith William screaming as if he were in pain. He slid and fell down the sharp incline to the mouth of the culvert and glanced at the three intruders as he went by. They were all gasping their last, but he was in a hurry to get to his brother and let them lay there groaning and bubbling blood.

This is the second book about the human caused apocalypse brought about by the destruction of carbon dioxide. The Period of Death was not over as the first book Death of All Life ended and this story began.

He was born and raised in a tiny prairie town, had a career as a scientist, traveled the world and developed a deep respect for American Heritage. His background helped him thoroughly research the science involved in climate change and recognize the "fragile and critical" part carbon dioxide plays for life on earth. He also recognizes the catastrophe a decrease in this vital atmospheric gas could cause, and writes about it in this four-book series.