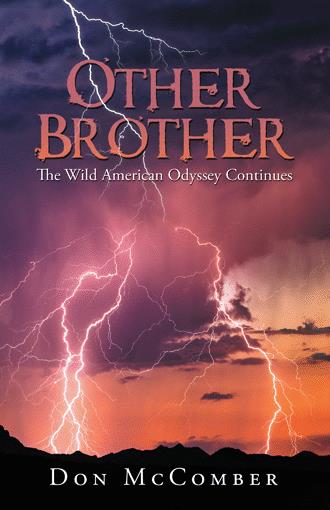 The scouting trips westward along the projected route were constantly sniped at from a distance or fired on from some secluded spot. Nearly every trip they lost a rider and sometimes two. Levi and Viggo had become especially wary of larger raiding parties of Indians as they would have enough firepower to overwhelm them. Then it happened; their luck ran out. Their engineering group of a half dozen armed riders and several technicians had just come out of the upper end of a small ravine and once they were all up in the open, they were rushed from three directions by dozens of warriors. They were painted hideously and came screaming and shooting their guns and bows. Bullets and arrows zipped by randomly hitting both horses and men. Horses squealed and went down throwing their men off and leaving them exposed to the rampaging Indians. Viggo screamed at Levi, “go for help.” He motioned to the other men to turn and ride back down into the ravine where they would have some cover and could defend themselves. Levi was still riding the long-legged gelding and was lucky to have the horse under him as he dug his heels into the animal’s flanks. The big horse responded and took off with a dozen Cheyenne on the chase. Levi could hear the pitched battle behind him and knew his crew had plenty of ammunition to stand off the war party. It was only a few minutes until the sound of the melee had died out and all he could hear was the breathing of his horse. The gelding was so fast, the pursuing warriors slowed after only minutes into the chase and watched with awe as the white man rode off out of sight to the east. They swore among themselves that they would steal that horse sooner or later.

This is the grand adventure of a family, forcibly separated for years, that endures hardship and heartbreak as they struggle for survival and cross the American frontier to find each other. Every page contributes to the story; there is no filler material. It‘s dripping with drama, and loaded with hair raising escapes. Hang on tight as the adventure pulls you through emotional and geographical extremes. It is the second book of a series about one American family. These stories are fast moving action packed, contain numerous near death conflicts, and traverse staggering amounts of geography. They fit perfectly into major events in history, incorporate deep emotion, have strong female characters, and have killer endings that will leave you saying, “WOW!”