A Hickory Bow Travels Through Sioux Culture, Into American History 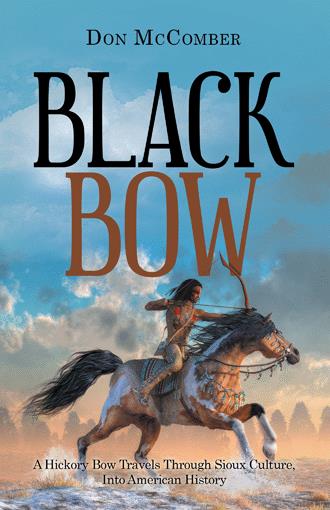 Now they had to be more wary of an ambush and one of them had to stay awake at all times during the night. Finally, Levi tired of being trailed and circled around to take care of the Flatheads. He set up an ambush where he could easily see his original trail in the parsimonious snow and he would have good shots at anyone following. Marcia and Humson slowed down and when they heard his shots, they would come running. When the Flatheads did come, one was about fifty yards ahead of the others. Levi let the first one go by, and when the others were in his sights, bam, bam, he shot both, and they fell off their horses. When the first Flathead heard the shots, he reversed his course and charged directly at where he thought the shots were originating. The two Indians that were down on the ground were injured and started returning fire at Levi as the first one was charging from the other way. Levi was pinned down and didn’t see the first Flathead coming at him from his right. He couldn’t hear him because of the steady bark of gunfire. At the last second, Levi heard the warrior approaching and was barely able to side step the oncoming horse’s hooves. As the man went by, he hit Levi on the head with his rifle butt and knocked him down. The Indian jumped off his horse, raised his rifle to shoot and Bam. Levi rolled over and shot him in the chest knocking him over backward. The man died instantly. The other two were staggering toward Levi and had run out of bullets. One had a bow and started launching arrows at Levi just as Humson and Marcia came galloping over the crest of the hill. Humson kicked his horse directly at the two injured men knocking one down with the horse and shooting the other at point blank range. Levi tried to rise but had an arrow sticking out of his back up just below his shoulder. It had taken his breath away. Darkness enveloped him and he fell facedown.

The tragedy of the Indians on the American prairie during the white migration across the continent will never be forgotten or forgiven. The American government thought they had purchased the west from France and Mexico, but the real owners were the Indian Nations. Within several decades in the late 19th century, their freedom to roam the land was taken away and a way of life that had lasted for 200 generations vanished. Their freedom to live and love, and fight and die as they chose was lost, but their pride survived. I know; I knew them. This third book weaves the adventure of an American pioneer family into the larger drama of the demise of the great Indian Horse Culture of the prairie. Hang on tight to this tale of adventure, emotion, triumph and tragedy.