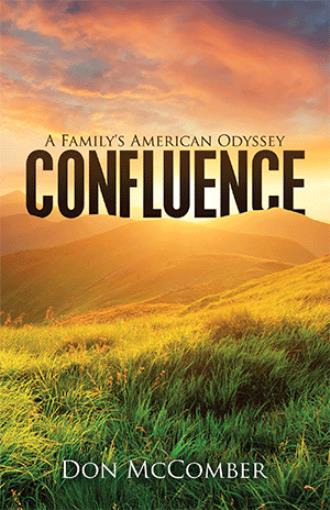 Rather than six opponents there were likely to be many more. Upriver several miles, they pulled the boat up on the opposite shore and hid it in a grove of willows. They took their bows, arrows and a knife and hatchet apiece and set out across the river and up the southern bank into the brush. They positioned themselves where they could see back along the route they thought the raiders would take and covered themselves with a light coating of black mud. Their plan was to follow the group until dark, then, one by one kill the men. The group had grown to ten, and was moving west along the southern bank and came right past Giles’ position. This kind of thing was not new to Giles, but Kanti had never killed a human. His Dad was watching him closely and he never hesitated or wavered in his intent to do the right thing. One of the raiders was trailing the others by a100 yards or so. They would take care of him first and tie his horse to a bush. The group didn’t stop for camp until it was completely dark. They simply stopped in a small grove of cottonwoods and plopped down in a crude circle and started drinking and abusing their captives. The straggler kept looking back along their trail for signs of followers and failed to see Kanti move up on him from the side, then shoot him in the throat with an arrow. He fell roughly from his horse and it bolted only to be caught by the reins. Giles was on him quickly and made sure he didn’t make any noise. The raider was gurgling and twitching and pulling at the arrow in his neck, to no avail. The stench of the man was almost more than Giles could stand as he held him down and allowed him to gradually stop struggling. They removed the raider’s guns and knife and put them with his horse, then moved slowly through the darkness to the cottonwood grove. Some of the women were screaming and others were quietly enduring the rough treatment. Kanti and Giles separated and took positions about 90 degrees from each other. There was a lot of confusion as the men were drinking and staggering around and fighting over the women. Whenever a raider would stand up he would be hit by an arrow and fall as if overcome by the whiskey. They killed five before another raider noticed the arrow protruding from his buddy. The alarm went up and the other four took cover, several behind the women. Shots were fired wildly into the darkness without effect. Giles and Kanti held their positions quietly and this unnerved the raiders even more and they started to panic. Two more stood as if to run toward their horses, which still had the saddles on them and were dropped with two quick arrows. One was groaning in pain and this made the last two even more desperate. They stood up, and holding women in from of them, made their way to the horses. Both Kanti and Giles moved closer for better shots. They were totally black and could not be seen. Suddenly, they dropped the women and tried to mount their horses only to be mortally wounded by several arrows each and falling off the other side of the horses. There they laid screaming and groaning in pain. Several of the women came over and kicked them in the face and other tender parts. After several moments, they too succumbed to their wounds and died. Of course the women thought they were taken out by Indians and that realization terrorized them even further. Giles and Kanti waited several minutes before they moved in just in case one of the raiders survived enough to pull off a shot, and during that time the women grouped together under the two wheeled cart in preparation for possible abuse by Indians. Then Giles spoke and told them they were safe and that he and his son were friendly. Slowly he and Kanti came out from the darkness. They started a fire and pulled enough food and blankets from the cart to make the women comfortable for the night.

This collection of family stories is fast moving, drips with drama and takes numerous quick turns as it journeys through the generations. The adventure started in Inverness Scotland and crossed both the Atlantic and the American Continent. They created then died with the tiny settlement of CONFLUENCE in what became central Nebraska. These pioneers lived with the Oneida Indians, fought and died in the great wars, killed Mexican slavers and river thieves, endured prairie blizzards, tornadoes and dust storms, and captured bandits. Hang on tight as this story weaves the travels of this family perfectly into American History.

He was born and raised in a tiny prairie town, had a career as a scientist, traveled the world and developed a deep respect for American Heritage. He writes about those exceptional people who risked everything to come to this land of freedom and promise. These were the people who gave their lives to create a new country called America.