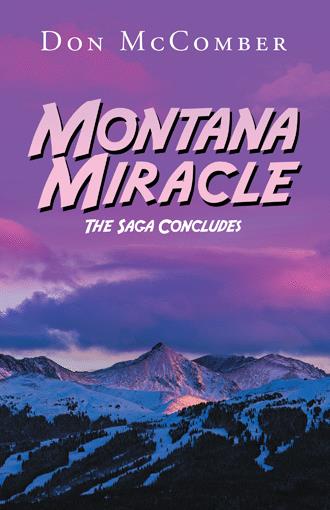 Back in Camp Washakie, the Captain put together a squad of men and told them to arm for a fight, then waited for the group of thugs to arrive. Within the hour a group of five dusty and dry men on bedraggled horses rode into town in a cloud of dust. They stopped at the watering trough where the Captain was waiting and commenced watering the horses and pouring hats full of water over themselves. “You boys seem to be in a hurry. It’s a hot day for pushing those horses so hard,” the Captain offered. “Mind yer own biznuss, bluebelly,” one of them said. It was a bad way to start the conversation. “The war was decades ago, don’t be lettin’ it shade your attitudes,” The Captain replied. “Where you boys headed in all that hurry?” “When we wanta tell ya sumthin’, we’ll letcha know,” another man said. When he got to the word “know” the Captain had stepped over and hit the man on the side of the head with the barrel of his rifle and down the man went into the dust of the street. “I expect an answer, gentlemen.” “We’re headed to the bordellos in Riverton. The news is they got some real young injun wimmin.” “Is it worth killin’ your horses? That’s the wrong answer, try again.” “OK,” One of them who had been quiet up until now said. “We’re chasin’ a pair of gambler thieves that took all our money and skipped town.” “What did they look like?” The Captain asked. “One was a little young injun woman and the other a muscled-up guy with short black hair. Both of ‘em was well dressed and ridin’ fancy horses.” “They came through here a couple hours ago, but they didn’t look like thieves to me,” The Captain said. “They said you were followin’ ‘em to rob ‘em. What da ya say to that?” And the Captain raised his rifle and pointed it at the last speaker. The rest of the squad levered shells into their rifle chambers and the click, click sound raised the hackles on the necks of the thugs. Some of them moved their hands around so they were just above their pistol butts. If anyone moved quickly, the shooting would have started. “Just ta keep the situation under control, I’m movin’ ya to the stockade for the night. You can leave tomorrow, but don’t be trailin’ any citizens.” The Captain said in a clear voice. “Like crap you bluebelly,” and one of them drew his pistol. It began the shooting. The thugs had no chance and the squad shot all of them several times. The gang got off several poorly aimed shots in reaction to being hit with bullets. One of the soldiers did get a minor wound. When the smoke cleared, all the gang was down in the dust either dead or close.

This saga unites a family torn apart by the turbulence of the frontier west. Family members and friends are lost then miraculously found in this thrilling, emotional adventure. Share this story with our adventurers and feel their grief and joy as they travel the old west in search of each other. The white boy Levi Junior McCumber was raised by the Blackfeet, abducted by the Sioux and traded to a Cheyenne family. He survived the aftermath of the Battle of the Little Bighorn when the tribes scattered across the northern prairie, then as a teen set out on an odyssey to find his Indian Sister in the brothels of the northwest. His decade long journey took him through numerous white knuckle conflicts from the gold fields of Alaska to the building of the canal at Panama. Wapun, the Sister, liked to introduce herself to a table full of poker players by saying, “Gentlemen I am neither a prostitute nor a lady...”

He was born and raised in a tiny prairie town, had a career as a scientist, traveled the world and developed a deep respect for American Heritage. He writes about those exceptional people who risked everything to come to this land of freedom and promise. These are some of the people who gave their lives to create a new country called America.