Death of All Life on Earth 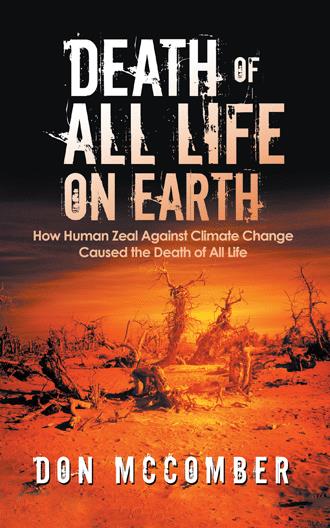 “Anyway, about a month later down the road comes the same SUV. This time the skull and crossbones weren’t covered with mud. Behind it was a big semi-trailer truck. It was painted a dull black and had big skull and crossbones above the truck cab. Holes had been cut in the sides of the trailer. There were a bunch of people in there and all had their weapons stuck out the holes pointed at us. They intended to fill the trailer with people from Green Valley and take them back for abuse and food, but we were ready.” Kaye paused again. “Go ahead,” Mandy encouraged, her interest kindled. “We had three RPG’s pointed at them. You know what an RPG is? And, if they started shooting, they would get all three. They were sitting ducks out there on the bridge and thought they could shoot their way through, but it didn’t happen that way. They thought we were a group of helpless women, but I didn’t hesitate to launch. One of the men got out of the SUV and walked over with his hands up as if he wanted to talk. What he wanted was for us to show ourselves, so they would have good targets. One of us yelled for him to stop or they would shoot. He said something nasty and pulled a handgun just as a bullet hit him in the head and blew his brains back on the windshield of the SUV. Then the shooting started. We let them shoot for a minute or so and when they slowed down, we launched three RPG’s. Wow, do they work. The whole bunch was cooked in a flash.”

This is the first of four books about how humans won the war on carbon, and accidentally caused the death of all things living. When Carbon Dioxide began to decrease in the atmosphere, first the trees and plants didn’t grow, then slowly died starting in high latitudes and working inexorably toward the equator. All of the wild and domestic animals were either killed for food or starved. In the course of a dozen years, billions of humans starved to death or were killed by “eaters.” This story is about a young woman on whom every horrible, heart rending tragedy was heaped and yet she somehow, almost singlehandedly gave mankind a tiny chance of survival. Hang on tight to this apocalyptic tale as it drags you through hope and heartbreak then tragedy and finally triumph.

He was born and raised in a tiny prairie town, had a career as a scientist, traveled the world and developed a deep respect for American Heritage. His background helped him thoroughly research the science involved in climate change and recognize the "fragile and critical" part carbon dioxide plays for life on earth. He also recognizes the catastrophe involved with a decrease in this vital atmospheric gas and writes about it in this four-book series.